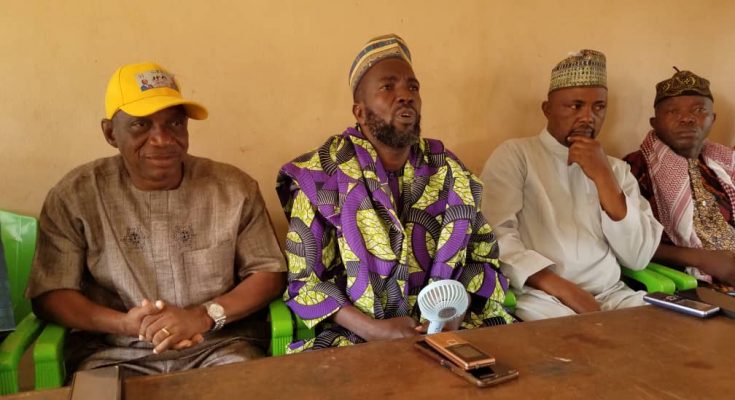 The Muslim Community in Ijebu Igbo comprises of league of Imams, Alasalatu and all Muslim faithfuls have endorsed Hon. Joseph Folorunsho Adegbesan for 2023 House of Representatives seat, stressing that his calmness, generosity and fear of God are the good traits they placed him ahead of other contenders.

The Chief Imam of Ijebu Igbo Imam Adul-Hakeem Isa Ekuaniyan disclosed this during the consultative meeting with the Muslim community in Ijebu Igbo on weekend.

He noted that Ijebu Igbo people have found a replacement in Hon Adegbesan after the demise of Late Buruji Kashamu maintaining that late Prince Buruji was a cheerful giver in his life time whom the people of Ijebu Igbo were so cherished.

“Hon Adegbesan has done a lot to ameliorate the suffering of our people. He has wiped tears from the faces of some troubled souls just like Prince Buruji was doing during his lifetime.

“He deserves our supports, he doesn’t discriminate despite being a Christian, he treats all equally with love” the Cleric opined.

Also speaking, the Mufasir of Ijebu Igbo Muslim Community. Alhaji Muhammad Sefiu Alli described Adegbesan as a man of integrity who he said he had known for over  three decades as being ‘gentle as a dove’ and a cheerful giver without attaching any condition.

The Mufasir urged Hon Adegbesan not to change the good character that has endeared him to many people and keep doing the good job that he is known for, he appealed to all present to support and vote Hon. Adegbesan because he is their brother and Inlaw informing the gathering that Hon Adegbesan’s wife of almost 40 years hails from Ojowo in Ijebu Igbo.

“I have known Hon Adegbesan for over 30 years as being gentle as dove. a generous man who gives unconditionally”

“It is our prayers that God Almighty grant his heart desires and make him victorious in this election because he’s most qualified” Mufasir submitted.

Moved by this endorsement and prayers, Hon. Adegbesan pledged a qualitative and equitable representation devoid of any form of sentiment or favouritism.

He noted that even distribution of dividends of democracy has been his working template since his days as Member Ogun State House of Assembly.

Hon. Adegbesan maintained that he was already compiling all ongoing or abandoned Federal government projects under ‘any giuse’ across the Federal Constituency for immediate attention when elected.

“I am moved with this gale of endorsements, show of love and prayers with the latest coming from the Muslim Community, I appreciate you all, it will not be taken for granted and i do promise not to let you down, I will be impartial in the distribution of projects and programmes.

“When I was Honourable representing Ifelodun Constituency, I donated a Mikano Generator to Ago Iwoye Central Mosque and Borehole with generating set to Nasfat Ago Iwoye even as a Christian”. Adegbesan stated.