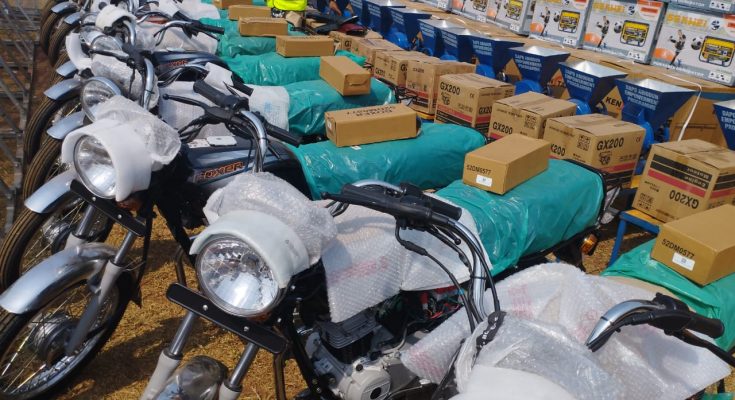 In his efforts to support the people at the grassroots as part of fulfilment of his electoral promises, Gov Dapo Abiodun has again on Monday empowered hundreds of Odogbolu local government residents through raffle draw.

Winners of each items like tricycles, motorcycles, generators, deep freezers, generators among other empowerment tools were determined by luck dip.

This is another subtle intervention by Gov Abiodun to put smiles on the faces of people and of course leave behind memory of a governor with a caring heart wherever his second term campaign berths.

The Governor had created a structure that puts him far ahead, above his fellow candidates to show that he is highly experienced and care for the welfare of the people of the state. He has a sound articulation of programmes that could not be matched with any.

Governor Abiodun’s transformational agenda is particularly geared towards all in the state and this he is doing by integrating along the bulk of the workforce of young stars whose entrepreneurial prowess could drive the economic wheel of the state.

A vote for Prince Abiodun, is a vote for progress and further prosperity of Ogun State.