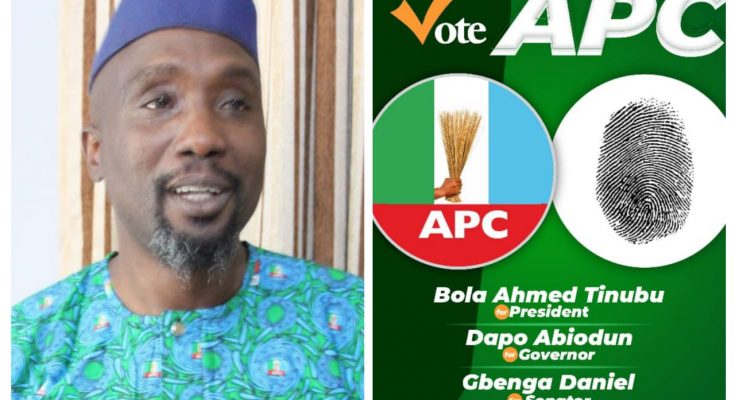 Ayoola, a prominent leader of the ruling party from the local government disclosed that it was quite refreshing that Gov Abiodun has gone quietly addressing basic needs of the residents of the state and ultimately improving on the fortunes of the people.

The international trade expert who shuttles between Poland and Nigeria explained that “it is very obvious to all that our darling governor has been doing a fantastic job with his first term in office. Prior to his coming on board, the immediate government had only concentrated on developing just a section of the state, that is Ogun Central senatorial district, but Gov Abiodun has extended all his developmental projects to every part of the state.

“You can see the governor’s good work in road construction, construction and rehabilitation of over 1000 block of classrooms, qualitative healthcare, affordable housing, agriculture, youth empowerment and employment generation among others. The governor has not left us alone in Odogbolu local government too. He will today commission the Idowa-Ala-Ibefun road and last year he commissioned the Ijebu Ode-Epe road.

“The governor really deserves another term and as far as we are concerned in Odogbolu LG, our support for the governor is total and the victory during the March 11 governorship election will be landslide, same thing for Asiwaju Bola Ahmed Tinubu during February 25 presidential election”.