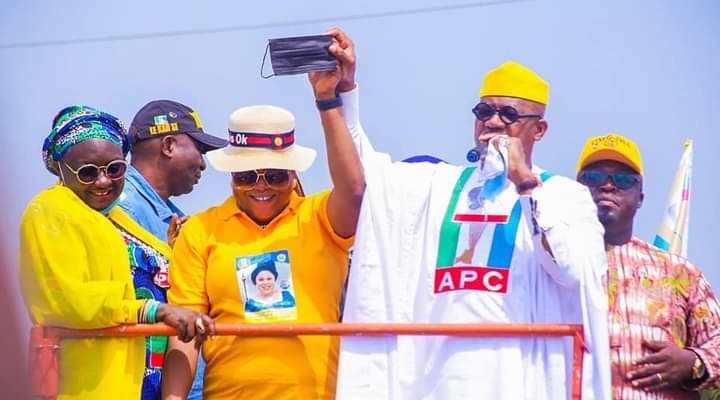 The Ogun State governor, Prince Dapo Abiodun’s campaign train at Ifesowapo area of Imodi in Odogbolu Local Government area on Monday was upbeat, with appeal to residents of the area to re-elect the governor.

The campaign train of the governor moved to the city, supported by contestants for both the state and national Assemblies Ijebu Central Federal Constituency and its Odogbolu state constituency, respectively.

Addressing the residents, Governor Abiodun affirmed that the 2023 election remains the victory for all candidates of the party.

“As we promised in 2019 and God crowned our efforts in the elections, this 2023 door-to-door assignment is for us all.

“Everyone should go out to collect PVCs; no victory without our supports. I am reassuring this area’s residents of total support on good governance, and development to this community.

“Within three years and six months, our government had constructed 400 roads, and there is no local government you wouldn’t see our touch”.

Appealing to the residents for prayers and supports towards the forthcoming general elections, Abiodun said more developmental strides were in the offing.