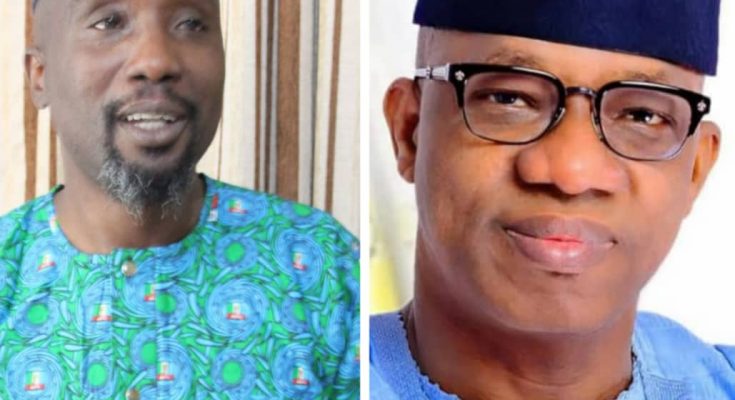 Ogun State member of National Youth Mobilisation, Southwest of the Presidential Campaign Council of the All Progressives Congress (APC) Omooba Adekunle Adebayo Ayoola has said that Gov Dapo Abiodun has done well and surely deserve another term in office.

Gov Abiodun is said to have remained comitted to pursuing laudable projects that bore relevance to the needs of the people since assuming office about three and half years ago.

Prince Adekunle Adebayo Ayoola disclosed this yesterday while speaking with journalists on behalf of other members of PCC in the state during Gov Abiodun’s second term campaign at Ewekoro Local Government area of the state.

Ayoola said “part of the reasons why Gov Dapo Abiodun merit another term is his genuineness to serve and develop the state. This could be seen in all he had done so far across the state. He has meticulously concentrated on those projects that will ameliorate the suffering of our people.

“You can check out his achievements in the area of road construction, rural development, provision of qualitative healthcare, education, agriculture, housing, security, employment generation among others, the governor has really done well.

“The governor has effectively managed the resources of the state to egender growth and development and he surely deserves another term. Gov Abiodun’s continuity in governance beyond 2023 and the realisation of Tinubu/Shettima presidency will catapult the state to greater height”.

Ayoola said the determination of the youth in the entire Southwest to vote massively for all the APC candidates in this year general elections remained unshakable saying that he and other members of the PCC have continued to mobilise day night to ensure landslide victory for the ruling party.