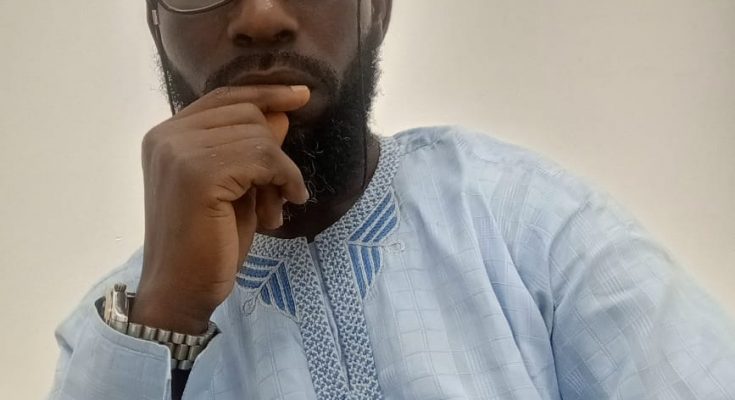 The All Progressive Congress (APC) has appointed former Student Activist of the Olabisi Onabanjo University, Ago Iwoye, Comrade Akeem Akilo, into the Ogun State APC Campaign Council for the 2023 general elections as member, Media And Publicity Committee.

The appointment, apparently was as a result of his unparalleled and invaluable experience of the political terrain of Ogun State in particular and Nigeria in general, his commitment towards the Party is a testament of his character.

Comrade Akeem Akilo is expected alongside other committee members, to bring his wealth of experience to bare in achieving victory for the party at the polls.

Going by the records, Akeem Akilo was recently appointed as General Secretary, Central Working Committee of the Ijebu North Local Government APC Campaign Organization for the 2021 Local Government elections in the state.

Apparently, while he was in University, Akilo was a member of “The Activist Forum” (A-Forum), a revolutionary organization of Student-Activists who fought for the emancipation and actualisation of Students and Youth’s freedom on campus under the tutelage of Comrade Femi Nuberu, Comrade Femi Osun, Dr. (Comr.) Olumide Onafeso, Comrade Femi Onanuga (CFO) (former Chairman, Ogun Waterside L.G.A), Dr. (Mrs) Josephine “Joe” Obiajulu Okei-Odumakin and a host of other national cadres of activist organizations in Nigeria.

As a student-activist, he was the; OOU SUG Candidate for the office of the Public Relation Officer (P.R.O) National Association of Nigerian Student (NANS) (Lagos, Ogun, Oyo, Osun, Ondo & Ekiti) ZONE-D 2008 Convention.

“This is a great privilege and edge to showcase, display and demonstrate my advanced ability and potential in political media engagement.

“It is officially dawn on our committee ably led by the Hon. Commissioner For Information and Strategy, Alhaji Waheed Odusile to showcase the achievement of Dapo Abiodun led government in the last three and half years to the people, and to anchor the publicity campaign of our great party in Ogun State.

“I am convinced that with the landmarks achievement of his government, his accomplishment and the policies he is enforcing across the state, our man, a silent achiever and performer, Prince Dapo Abiodun, MFR and all APC candidates are coasting home to victory in the coming gubernatorial elections”, – Akilo posited.