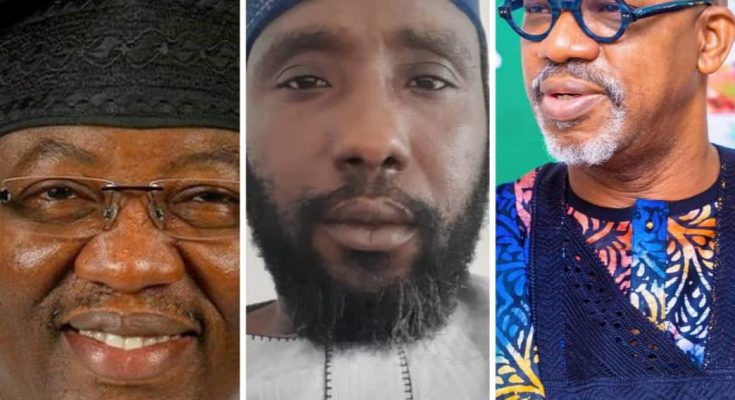 A chieftain of the All Progressives Congress (APC) in Ogun State, Omooba Adekunle Adebayo Ayoola has called for more support towards the re-election bid of Gov Dapo Abiodun ahead of 2023 general elections insisting that the governor has done so well to deserve another term.

Omooba Ayoola has equally described the ambition of former governor of the state, Otunba Gbenga Daniel to represent the good people of Ogun East at the Senate come next year as another political development that will engender unrivaled development across the senatorial district and the state at large.

The international trade expert based in Poland disclosed this in a statement made available to journalists at Abeokuta on Thursday.

Ayoola explained that there is no doubting the fact that Gov Dapo Abiodun had in the last three and half years worked conscientiously to raise the bar of good governance in the state with every part of the state getting its fair share of the dividends of the purposeful governance.

He said “the investment of Gov Dapo Abiodun in critical sectors of the economy like infrastructure, housing, good network of roads, education, health, youth and women empowerment among others are all spread across the state. This is a government that prides people’s welfare above anything.

“The governor has always taken inputs of the people to mind and no wonder his success story. I strongly believe that he deserves another term, because when you have done well, the reward must come, our people in Ogun State must continue to enjoy the good works of Gov Abiodun beyond 2023. So, all hands must therefore be on deck to make his second term return a huge success”.

He commended the traditional rulers in Ijebu land under the leadership of Awujale and Paramount ruler of Ijebu land, Oba Sikiru Adetona for endorsing Gov Abiodun on Thursday for another term, saying that such extraordinary endorsement was no doubt a big boost to the governor returning effortlessly for another term in 2023.

Ayoola explained further that “as far as the senatorial ambition of former governor, Otunba Gbenga Daniel is concerned, the facts speak for itself. Here is a politician of note whose major forte is selfless service to humanity. Here is an administrator par excellence whose love and dedication to making life much more rewarding for the people is legendary.

“We are all living witnesses of his brilliant performance when he was the governor of our dear state between 2003-2011. He is one governor who puts people first and that is why many are already saying that it is pay back time for the former governor.

“I don’t have any doubt within me that the people of Ogun East and the state at large will benefit very immensely from the former governor’s broad based experience, network of friends and above all, his legendary disposition to serving people. It is against this background that I am calling on people in Ogun East to support Otunba Gbenga Daniel, fondly called OGD as well as other candidates contesting in 2023 elections on the platform of APC”.