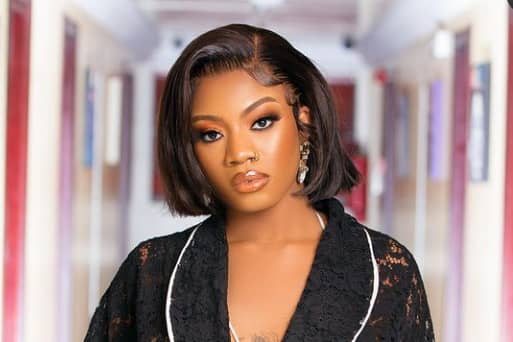 The reality TV star took to her Twitter page to call out critics, adding that the act of releasing the video was a criminal offense.

Last month, Tiwa Savage had revealed during an interview with American OAP, Angie Martinez of Power 105.1, that she was being blackmailed by an unknown person who threatened to release a sex tape that featured her and her current lover.

The Koroba singer revealed that the blackmailer demanded money from her so as not to release the sex tape but she has decided not to pay the money.

A few hours ago, a sex tape leaked online. While the face of the man involved in it did not show, the lady in the video bears a close resemblance with Tiwa Savage.

As the video has gone viral, social media users on several platforms have taken to their accounts to air their opinion on the situation, and some wasted no time in blaming the singer.

Responding to the critics, Angel said, “The problem will never be the fact that someone made a sex tape or that someone took a picture naked, the problem will always lie with the person that decided to leak it. Stop victim blaming.And leaking someone’s nudes is a criminal offense. I hope one of you becomes a scapegoat.”