Home Issues Board Appointments: Gov Abiodun Has Been Fair To All, Muslim Group Insists 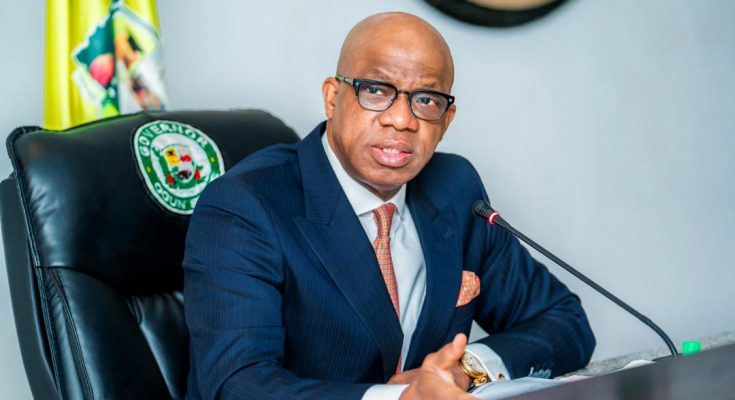 …Warns MURIC Not To Cause Religious Crisis In Ogun

An Islamic advocacy group, Community of Muslim Professionals (CMP), on Thursday, warned the Director of Muslim Rights Concern (MURIC), Professor Ishaq Akintola, to desist from sowing the seeds of religious friction in Ogun State in the bid to promote his own brand of irredentism.

CMC described Akintola as a well-known rabble rouser fond of hiding under the guise of Islamic rights advocacy to promote division, sectionalism and religious strife, adding that Muslims in the state, being responsible and progressive individuals, had not at any time given him a mandate to act as their spokesman.

In a statement issued by its Secretary,  Alhaji Saliu Adewusi in Abeokuta, the state capital on Thursday, CMP said it took strong exception to the libelous allegation by the MURIC director that the governor of Ogun State, Prince Dapo Abiodun, had sold the state to Christians.

Describing the allegation as patently false and provocative, CMC said a careful study of the appointments made by the governor into the state’s commissions and boards on July 23 showed that they reflected religious balance, merit and professional competence.

CMC observed that Akintola’s incendiary rhetoric was laughable considering that key officials of the Abiodun-led administration, including the state deputy governor, Chief of Staff, Chief Economic Adviser/Commissioner of Finance andHead of Service are all devout Muslims.

According to the statement, “Christians and Muslims have lived in harmony for generations in Ogun State and indeed the entire South-Western part of the country, and any attempt to divide them is doomed to failure.

“We make bold to say that there is no family in Ogun State without an admixture of Christians and Muslims, and that our people have over the years given ample indication of the fact that they are not religious fanatics, but people bonded by a common cultural bond and united in the objective of achieving excellence in all spheres of life.

“Indeed, the fact is well-known that during festivities like Eid-il-Kabir and Christians, Muslims and Christians in Ogun State celebrate with one another without any religious sentiments and emotions.

“Both Christians and Muslims supported Governor Ibikunle Amosun during his eight-year tenure, and both Muslims and Christians gave Prince Dapo Abiodun a mandate to pilot the affairs of Ogun State, and they are solidly behind him in his drive to build a prosperous future for the state.

“We urge Governor Abiodun to ignore the antics of the MURIC propagandist whose divisive antics is well known to Nigerians.”