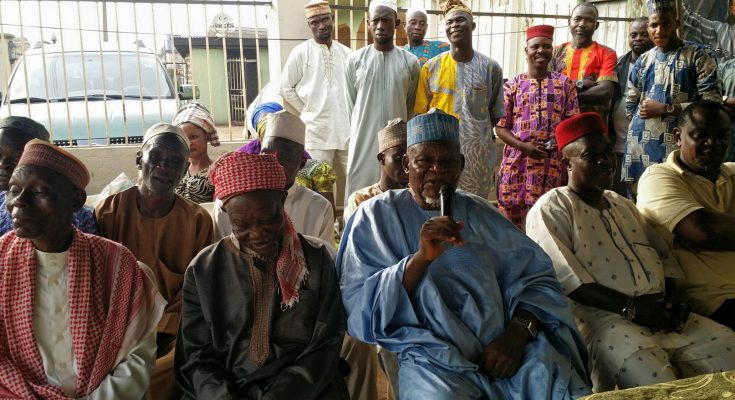 Not enough words can describe the attributes and good legacy laid by Ijebu-Ode born icon, Alhaji Muritala Gbolade Oduyemi, a.k.a. “Lord-Affairs” who was buried at his home town, Ijebu-Ode on December 14th, this year.

The burial was meant to remind us all of what a funeral ceremony should be and in so doing, explore the connective ring of appreciative memories to a loving and awesome man whose exit into glory has left a vacuum.

The vacuum created by his death would undoubtedly be difficult to fill despite his old age, in particular within his family, the Muslim society and in the community at large; these was said by the clergy, Sheikh Alhaji Eyinfunjowo, the Eketa Adinni of Muslim in Ijebuland.

According to him, today is a day of remembering an icon for the legacy he left behind; saying, we were grateful to Almighty Allah that Alhaji Gbolade Oduyemi left the good legacy of service to the community and as good example to Islamic religion within Ijebuland, he said.

He added, “many will remember Alhaji Oduyemi for his love, courage, commitment and his uncommon contributions to the public service without measures which brought associates and comrades outside its geographical origin to attend his funeral ceremony” he narrated.

In reaction to the demise of Alhaji Muritala Gbolade Oduyemi, his beloved son, Hon. Tolulope Odubiyi popularly called “Ocean-B” could not just described his father as faithful soldier and servant of Allah, as he joyfully prayed for late father.