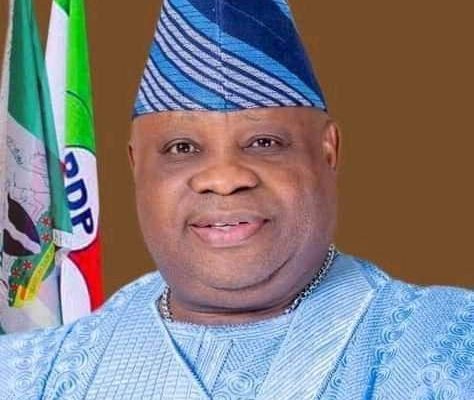 The group, in a congratulatory statement issued through its president, Comrade John Akinde, and secretary, Comrade Tajudeen Akinyemi, observed that Oyetola made the appointments solely to create chaos in communities so as to make the state ungovernable for Adeleke.

“We congratulate Governor Ademola Adeleke on his well- deserved victory at the poll and subsequent inauguration as the Executive Governor of our dear State, Osun.

“While assuming office, we urge the governor to first of all nullify all appointments of new traditional rulers by former Governor Gboyega Oyetola at the twilight of his administration.

“The reason is that, the appointments were made by bending the rules and they were meant to cause chaos and make the state ungovernable for the incoming governor,” the group appraised.

The OYF particularly cited the cases of Ikirun and Iree, “where Oyetola imposed traditional rulers on the natives without the input of kingmakers.

“While Ikirun keeps burning with the setting ablaze of the palace and killings which include the slaying of a prince, Iree is already a keg of gunpowder waiting to explode.

“The Iree situation in particular is nauseating because, despite a court order restraining the governor from installing one Raphael Ademola as Oba, the governor still went ahead to disobey the order, ” the group demurred.

It also accused Oyetola of desecrating the established norm in the native tradition of Yorubaland, by raising warrant officers to appoint a traditional ruler for Iree at the Boripe North local council secretariat, whereas the kingmakers were well alive and willing to perform their duties.

The OYF, in the same vein, urged Governor Adeleke to probe the finances of Osun under Oyetola, stressing that “there must have been mass looting in the aftermath of the loss of election by the then ruling party.”

It also hailed last week’s court verdict which voided “the Kangaroo election of chairmen and councillors into the local government councils by the Oyetola administration”.