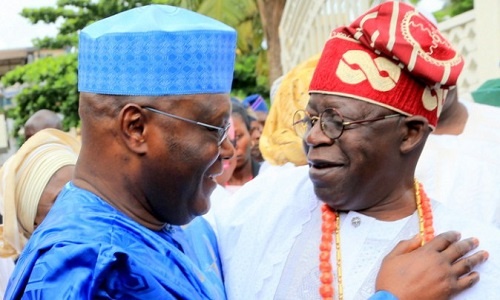 Ahead of next year’s presidential election, the Igbo community in the Ifako/Ijaiye division of Lagos State, has thrown its weight behind the Peoples Democratic Party’s presidential candidate, Alhaji Atiku Abubakar.

The Igbo leaders, at a pre-yam festival Congress held at Iju-Ishaga, Lagos at the weekend, said their decision to support Atiku was predicated on the wealth of experience and managerial skill of the former Vice President.

Leading the elders at the open declaration, the Eze N’digbo of Ifako/Ijaiye, HRH, Ikechukwu Wite, famed as Eze Gburugburi 1, noted that “Atiku has been developing the Nigerian economy in private capacity, being an entrepreneur.

“We are all living witnesses to various companies floated by him, where many Nigerians, regardless of their ethnic backgrounds, are working and feeding their families”.

Wite added that the Igbo race would thrive more in their various enterprises under an Atiku Presidency, “since the man who wants to be President is himself a businessman”.

According to him, most people of the Igbo extraction rose to the pinnacle of their entrepreneurial career while Atiku supervised the Bureau of Public Enterprises (BPE) when the latter was VP under the administration of President Olusegun Obasanjo.

Wite described as sheer bunkum, the argument that Atiku “is too old”, stressing that what counts is the clear fact that the former VP enjoys sound health by the grace of God.

“Besides, we need Atiku’s old age to bring out the needed wisdom to resolve the various intractable problems bedevilling Nigeria, such as kidnapping, banditry and economic crisis,” he explained.

Meanwhile, the leader of a group, Igbo Liberation Movement, Chief Emmanuel Chinedu, also on the occasion, called on the Lagos State Government to ensure the protection of tricycle drivers in Ifako/Ijaiye and Agege areas, mostly dominated by Igbo men, from constant harassment from touts.

“These hustling men would buy tricycles on installment and be working day and night to pay back, only for touts representing various factions of the drivers’ union to be tormenting their lives with exorbitant charges and rates.

“How for God”s sake, do they expect these men to meet up, own the tricycles, feed their families and live like normal human beings?” Chinedu lamented.