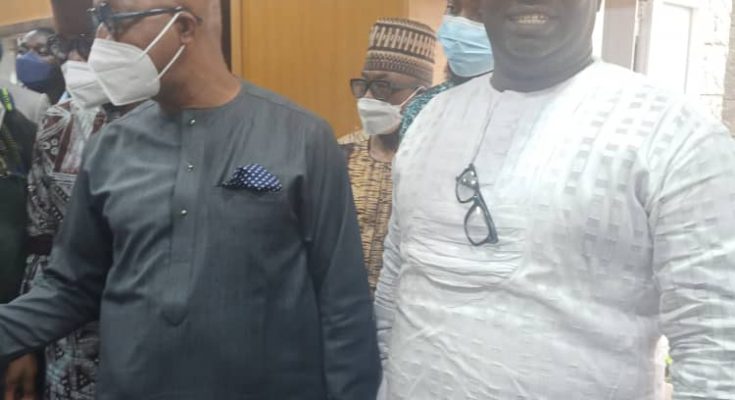 A chieftain of the All Progressives Congress (APC) Ogun State, Engr. Adeola Sosanwo has said that no amount of unpatriotic moves and frivolous petition could stand in the way of the second term ambition of Gov Dapo Abiodun.

Engr Adeola Sosanwo disclosed that just as all attempt to stop Prince Dapo Abiodun from becoming the governor of the state failed in the build up to 2019 governorship race, any similar attempt under whatever guise is also bound to fail because the residents of the state had since come to the term that indeed, the good work of Gov Abiodun must continue till 2027.

The oil and gas magnate made this submission while reacting to calls from the legal representative of the Coalition of Ogun State Students and Youths, one Adeyemi Giwa saying that the governor should be probed and disqualified by the ruling party from seeking a second term over allegation that the governor had once been jailed of wire fraud in the US in 1986.

The APC stalwart has however described all these allegations as tissues of lies and another road to nowhere in attempt to to hinder the good work of Gov Dapo Abiodun from continuing beyond 2023.

It will be recalled that just yesterday, a group called DA Mandate, a political support group(where Sosanwo is a founding member) purchased a nomination form and presented it to the governor at his Oke Mosan, Abeokuta office as a sign that his own people want the governor to continue his good job beyond 2023.

He said ” we are all here in the build up to 2019 governorship election when they started with the issue of irregularities in educational qualification which they pursued to Supreme Court but failed.

“The truth is that these are concocted allegations purely out of what I call ‘bad bele’ politics. They have tried all that they could do to ensure that the governor does not succeed but they have failed, governance in the state in the last three years have been so exciting and fulfilling.

“The governor has done wonderfully well in infrastructure, education, health, agriculture, housing, road construction among others, the residents of the state are quite aware of this and if they have by these noble achievements decided to return the governor for another term, what then is the problem? I have that assurance that no one could stand in the way of this moving train. The reality is that Gov Dapo Abiodun’s second term remain unnegotiable”.