Home Business How Nigerian food brands can win in Africa 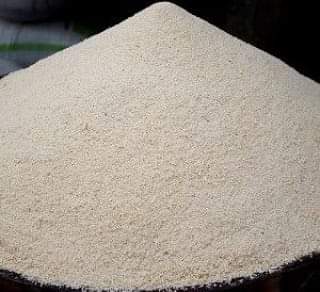 How Nigerian food brands can win in Africa

The local food manufacturing industry used to be a major contributor to Nigeria’s economy from 1960 to 1969.

PricewaterhouseCoopers reports that the sector brought in an average of 57 percent of Gross domestic product (GDP) and generated 64.5 per cent of export earnings.

This continued until the discovery of crude oil.  Then the economic recession following the global fall in oil prices in the early 1980s happened and the focus returned to the food manufacturing sector.

Now, the World Trade Organisation reports that Nigeria is now the largest food market across the continent. The data shows that the food and beverage sector alone contributes about 22.5 per cent of the manufacturing industry value, 4.6 per cent of the country’s GDP and generates at least 1.5 million jobs.

Fisheries, on the other hand, account for 3–4 per cent of the GDP as estimated by the Food and Agriculture Organization (FAO).  By January and March 2021,  Statista estimates that agriculture contributed to 22.35 percent of the total GDP.

Despite the undeniable growth, the food manufacturing industry still faces several challenges. They include;

Since the population census in 1900 which was 119 million, the number of Nigerians has gotten to 206 million by 2020, according to United Nations data. This number is expected to go up to 411 million by 2050. This ongoing spike in population presents a problem for a country with a slowly developing food manufacturing industry and a majorly agrarian economy. This brings us to our next issue – underutilisation.

Nigeria has human capital, the right climate for agriculture and major agricultural resources. The entire country has about 91 million hectares. 90 per cent is suitable for growing crops, however,  less than 42 per cent (34 million hectares) is presently being used, most of which is cultivated by smallholder farmers.

Not only is the land underutilised, but the produce is mostly perishable. There is also the problem of inadequate/underdeveloped postharvest storage, handling, and processing. Lack of a proper structure for postharvest handling, storage and proper distribution to consumers leads to a significant amount of the annual produce from farmers across the country ends up wasting.

About 40 per cent of Nigeria’s produce is reportedly lost, which AgroNigeria says is equivalent to $9 billion annually. According to the Vice President, Nigeria Agriculture Business Group, Emmanuel Ijewere, there is a 60 per cent loss in every 130 per cent food production due to inadequate storage. In his words, “We lose 2.8 million tonnes of tomatoes every year, when it is multiplied by N2,000 every year, it is billions of Naira lost to the farmers every year.”

As a result, Nigerians have to rely more on imported goods which is another huge problem for the industry.

Despite Nigeria’s resources, the country is highly dependent on other countries for several food items like wheat, rice, and fish. According to the 2017 economic complexity index, Nigeria was the 52nd largest importer in the World.

In 2018, food imports accounted for 10.9 per cent of the total merchandise imports making Nigeria an independent economy. By the following year, U.S. food and agricultural exports to Nigeria had gone up 93 percent.

Between 2020 and 2021, The Cable reports that imported agricultural products went up by 140.47 percent. In the first quarter of this year, it increased by 18.37 percent compared to the last quarter of 2020.

Then, we have inflation which often leads to an increase in food prices.  Back in April 2021, Nigeria’s inflation rate was the highest it had been in four years, according to the “Resilience through Reforms” report by the World Bank Nigeria Development Update (NDU). At the time, food prices accounted for over 60 percent of the inflation.

Two months later, Nigeria’s inflation rate fell for the third consecutive month to 17.75 per cent from 17.93 per cent, data from the National Bureau of Statistics said.

In addition to the aforementioned issues, Nigeria’s food sector also has a huge money problem. Most local farmers and food manufacturing businesses lack the funding they need to scale up. Back in 2017, a national survey found that over 74 per cent of smallholder farmers are financially excluded.

With little to no access to affordable loans, other financial services,  reliable private investments or investment-friendly policies, smallholder farmers suffer, the output goes down, food prices go up and the country’s GDP is negatively affected.

Basically, under-capitalisation – which affects both small and big players along the value chain, slows down the development and growth of the food sector, thereby stopping this industry from reaching its full potential.

Now more than ever, with a strained economy that is still recovering from the COVID-19 pandemic, Nigeria’s food manufacturing sector needs more private sector participation and an increase in financial investment.

With more investment and cash to play with, the African Continental Free Trade Area (AfCFTA) becomes a truly realisable growth opportunity for Nigeria’s food manufacturing companies and others in the food value chain.

Brokered by the African Union (AU) in 2018, the AfCFTA is a trade pact that connects all 54 African countries with one goal. The plan is to simplify customs procedures, facilitate investments and create a central market for African goods and services.

Trading under the pact started on January 1, 2021. With AfCFTA, the World Bank estimates a potential income gain of about $450 billion by 2035. Total exports are expected to increase by almost 29 percent within the same period.

Shedding light on the economic benefits of this agreement, Vice President Yemi Osinbajo said, “By some estimates, if we get it right, we can bring several million out of extreme poverty and raise the incomes of 68 million others who live on less than $5.50 per day. There are potential income gains of up to $450 billion, and just cutting red tape and simplifying customs procedures alone could drive up to $250 billion of that sum.”

The VP said this during his closing speech at the 2021 Conference of African Insurance Practitioners themed, ‘Rebuilding Africa’s Economy: An Insurance Perspective.’  With focus and increased capacity through capital investments, Nigerian food brands now stand the chance of becoming truly regional and Pan African giants with this agreement. In the long run, this will help to reduce the need for food imports, increase employment opportunities, economic inclusion and increase African countries’ food exports by $560 billion, according to the World Bank.