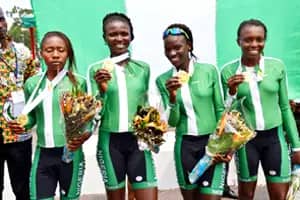 Four Nigerian female cyclists have been invited by the French Cycling Federation, FCF, to participate in the 2021 World Track Cycling Championships taking place in Roubaix, France.

Technical Director of the Cycling Federation of Nigeria, CFN, Bashir Mohammed who disclosed this in Abuja said the cyclists are Ese Ukpeseraye, Yekeen Tawakalt, Ayuba Grace and Samuel Mary.

Mohammed who doubles as the secretary general of the Confederation of African Cycling, CAC, said the world championship would run from October 20 to 24.

According to Mohammed, “the qualification of the cyclists was based on the last World Cup Track Championships that took place in Kali, Colombia in August 2021.”

The cyclists, who are already in camp in Abuja training are expected to depart Abuja on October 17 and return on October 21.

The CFC Director of Sports Activities, Nicolas Andre, stated in a letter to the CFN that “the  Local Organizing Committee, in cooperation with the UCI and French authorities, has developed a COVID-19 tests protocol for any participant.”

Andre stressed that “These tests will allow the 10-day quarantine requirement to be waived and integrated into the period of (the cyclists) presence at the event.”

Meanwhile, another female cyclist, Treasure Coxson will be leaving for Cape Town, South Africa, to join other selected cyclists for two months camping at the World Cycling Centre. 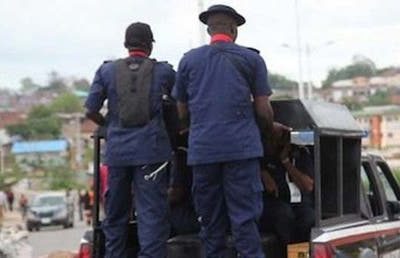 NSCDC arrests herdsman for attacking farmer with machete in Kwara

NSCDC arrests herdsman for attacking farmer with machete in Kwara