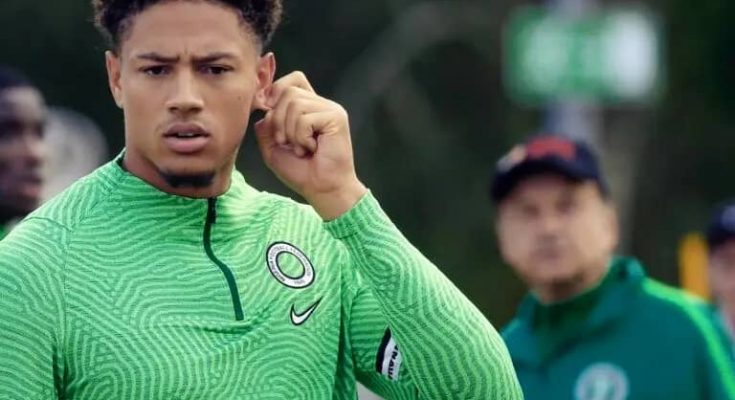 Super Eagles first coach goalkeeper, Maduka Okoye has joined up with other members of the squad ahead of Thursday’s clash with Les Fauves of the Central African Republic.

Okoye was the only player missing as at Wednesday evening when the team held its first training session. However, a post on the Facebook page of the Super Eagles disclosed that the Sparta Rotterdam shot-stopper is now in camp, bring the number of players to 23.

Okoye, 22, made his international debut as a substitute in a friendly against Brazil in 2019.

His convincing performance at club level has led to him holding down the number 1 spot for Gernot Rohr side.

Nigeria will face CAR on Thursday at the Teslim Balogun Stadium before travelling to face Raoul Savoy’s men at the Stade De Japoma, Douala, Cameroon.