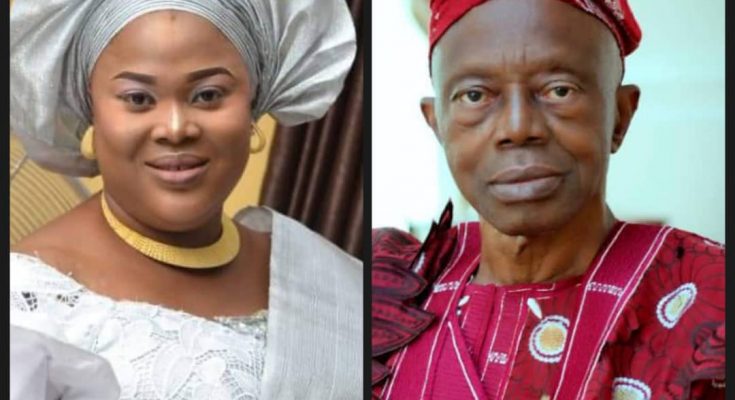 The Chief Whip, Ogun State House of Assembly, Hon Mrs Atinuke Bello who also doubles as Asiwaju Obinrin Onigbagbo of Odogbolu Local Govt area of the state has mourned the exit of Dr Emmanuel Adesanya Abiodun, father of Gov Dapo Abiodun, describing the passage of the foremost educationist as a colossal loss to the State and Nigeria in general.

Hon Atinuke Bello in a condolence message described the late Pa Emmanuel Abiodun as a bridge builder, seasoned educationist popularly called ‘Baba Teacher’ loving father, and devout Christian, whose love for all around him could never be over-emphasised.

The lawmaker representing Odogbolu constituency posited that the death of Dr Abiodun at 89 was no doubt painful but the joy in all of this was that ‘Baba Teacher’ as he was fondly called relentlessly served humanity with his selfless contributions via education and died a fulfilled man having also been privileged to watch his son becoming the governor of the state.

“Late Dr. Emmanuel Abiodun as an accomplished teacher and a man of huge corporate experience has distinguished himself as an astute administrator, exemplary community leader and passionate father.

“His contributions to the educational sector of the country are quite commendable, though he lived up to old age, the news came to me as a shock that one of the most illustrious sons of Iperu Remo is no more. His passage is a huge loss.

“Myself and the good people of Odogbolu state constituency joined the Abiodun’s dynasty, His Royal Majesty, Oba Adeleke Idowu Basibo, the Alaperu of Iperu Remo, the good people of Iperu Remo and other Nigerians in mourning the Late Dr. Emmanuel Abiodun while praying for the repose of his soul, taking solace in the fact that the late Baba Teacher lived a fulfilled life and left behind enduring legacies”, she posited.