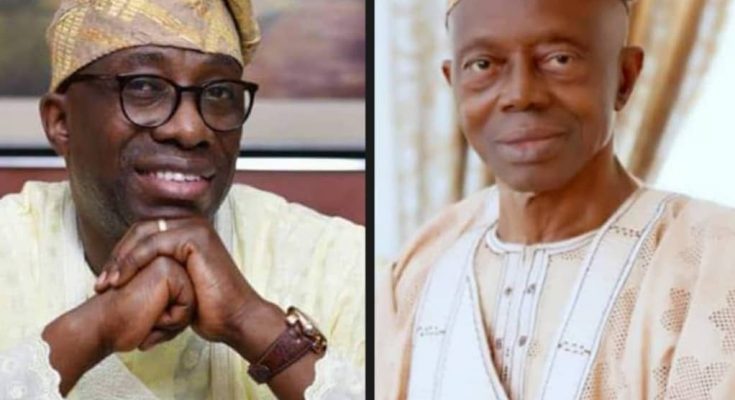 The Spokesman to Alhaji Atiku Abubarkar 2019 PDP Presidential Campaign, Segun Showunmi has joined other distinguished Nigerians to express his deepest condolence over the demise of Dr Emmanuel Abiodun, the father of Gov Dapo Abiodun of Ogun State.

Segun Showunmi has equally challenged Gov Dapo Abiodun to take note of all the accolades pouring in over the death of his father, an highly dedicated teacher saying that all these are only confirming that the governor has a goodly heritage and must therefore build on it to selflessly serve the people of Ogun State.

Showunmi in his letter of condolence to Gov Dapo Abiodun, described Pa Emmanuel Abiodun who died on Monday at 89 as a beloved father and one of the fortunate parents who have had the rare privilege of watching their son become the executive Governor of Ogun State in their lifetime.

The PDP chieftain declared that having been around Ogun State for a very long time, watching and observing the activities of Gov Abiodun’s last three predecessors, and seeing the level of tolerance, forbearance and calmness with which the governor (Abiodun) had especially managed to treat all and sundry under his watch in Ogun, he became convinced that all these are firmly rooted in his upbringing and birth by this noble man and selfless educationist.

Segun Showunmi disclosed further that ”in the following days and weeks to come, as you prepare the befitting rite of passage for him, I am sure that many kind words will be spoken about the disciplined teacher and committed educator that he was.

“I bid you to keep the accolades in mind and use them as a pivot to help you remember that you are the son of godly heritage, and as such, you must be above board in all things, especially on the high pedestal of the office of Governor.

“The paintbrush of history is firmly in your hand, do endeavour to leave a praiseworthy legacy.

May the soul of your father Rest In Peace
And may the peace of God which passeth all understanding be with you and your family”.