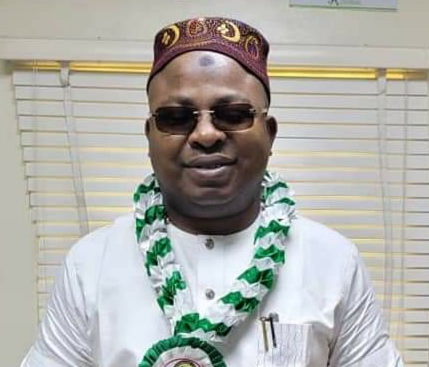 Born over four decades ago into the family of Alhaji Taiwo Hassan Lasisi of Latogun, Ijebu-Ode and Alhaja Abeke Lasisi, the daughter of Balogun Osinowo, Odo-Egbon, Ijebu-Ode, Lasisi, popularly known as “Azury” is the sixth child of his parents.

On completion of his secondary education, he decided to do an apprenticeship to get the hands-on practical experience in a career that interested him. He got enrolled at Aluminium City Nig. Ltd, Ilupeju, Oshodi Expressway, Lagos State where he learned aluminium and fabrication for three years.

In furtherance of his career, Giwa Lasisi worked briefly after completing his apprenticeship. He subsequently travelled to Germany in 2001 and returned to Nigeria in 2005 to set up his own business.

While establishing his business, Giwa Lasisi was equally very much interested in advancing his education. He enrolled at the University of Lagos, Akoka, Lagos State and obtained a Diploma certificate In Marketing in 2007.

In 2005, Lasisi started his own company, Suralum Aluminium Product Nig. Ltd., which deals in building aluminium products till date. He is also the Chairman, Azukem Group of Companies.

The Azukem Group is a diversified conglomerate of business ventures with reputation for excellent business practices with its operational system in the bustling metropolis of Lagos, Nigeria.

Since inception, the Azukem Group of Companies has carved a niche for itself due to its commitment to best ethical and customer care practices.

Apart from being a shrewd businessman, Giwa Lasisi is also a religious person. He is a committed and dedicated Muslim who invest his time, energy, and resources in furthering the course of Islam. His efforts in the propagation of the deen (religion) has been recognised resulting in the conferment of several Islamic titles on him. These laurels include the “Asiwaju Adinni Jamuhiyyat As-Salam Islamic Foundation, Lagos State which was conferred by the National Missioner of the Islamic group, Fadhilat Sheik Ahmad Tijani Abdulsalam Onabola; and the Aare Arigbabuwo, Latogun Central Mosque, Ijebu-Ode.

On 30th July, 2017 in a keenly contested election, Lasisi became the Giwa Egbe Obayori Okunrin Akile Ijebu (Kuye) and has since been a role model not only in social circles but also other worthy endeavours.

A family man, lover of mankind, affable and humane personality, Giwa Lasisi is a widely travelled man who has visited several countries in Africa, the Middle East, the Americas, Europe and Asia. He is married to Alhaja Sholakemi Brown Lasisi and the marriage is blessed with children.