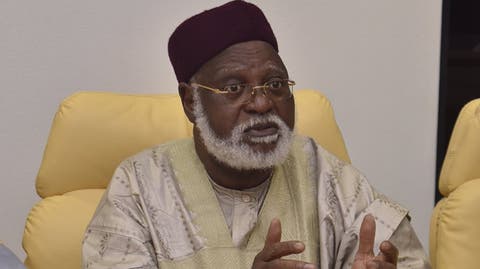 A former military Head of State, General Abdulsalami Abubakar, has warned state governors to guard against making utterances capable of inciting communal clashes in the country.

Abdulsalami, who is the Chairman of the National Peace Committee, spoke on Arise TV’s ‘The Morning Show’ monitored by The PUNCH.

He regretted that Nigerians have not learnt form past mistakes of inter-tribal wars. He, therefore, called on members of the Nigeria Governors’ Forum governors to take full responsibility of securing lives and properties as well as embrace dialogue.

The former head of state said, “The governors have found themselves in a difficult situation. It is their responsibility to guard their states regardless of who and who is in their states. Ethnic disharmony is rearing itself all over the place. You could see where the herders are being chased from some of parts of the Southern states and their cattle are being killed. Certainly, this heightened tension in the country.

“Some people are also migrating from one part of the country back to their states where they feel safer. God forbid this is taking us back to the 1960 where we had a problem that resulted in the civil war. That is why myself and the peace committee are calling for caution so that we do not go back to that road.”

Asked what the governors must do to quell the tension in the country at the moment, Abdulsalami said, “They must make sure there is law and order in their states and they should watch their utterances because what they say, people will take it as an order.

“They as governors should be aware of what they say; they should not say anything that will be misread that they are fighting people who are not of their state origin.

“Having said that, there must be dialogue between the people who they feel are committing crimes in their areas. Certainly, if some people commit crimes, they should be arrested and prosecuted. It is their responsibility to save lives and properties of all Nigerians living in their states.”

Some governors in the country including Bauchi State Governor, Bala Mohammed; and his Ondo State counterpart, Rotimi Akeredolu, have disagreed lately over the use of AK-47 rifle by herdsmen. While Mohammed said the herders bear arms to protect their cattle from being rustled by bandits, Akeredolu disagreed, saying the statement of the Bauchi governor could usher Nigerians “into the next level on the path to anarchy.”