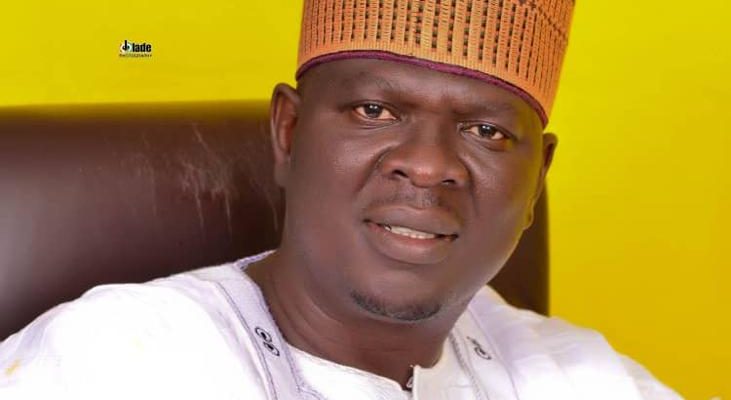 Like diamond in the sun, Asiwaju Otunba Fatai Adebayo Soewu, the Chief Executive Officer of F.A Feedmills Global Services Nig. Ltd, glows, thus adorning the Nigerian society as the quietessential trail blazer in the oil industry. Soewu who is also the Chief Executive Officer (CEO) of Debash Business Solutions Ltd (Debash Oil and Gas) and Aquabash Table Water, compares favourably among global experts in the management of a conglomerate.

Rationalising his foray into the oil and gas industry, Otunba Soewu said, “For you to excel in this industry and impact on national development, you must shun the common rat race for wealth acquisition and embrace the perfection of experience and the development of manpower.” He told The Issues Magazine that his beginning in that sub-sector of the economy was not a bed of roses, thus vindicating the common saying that “Rome was not built in a day”. In his words: “Contrary to the belief that everyone who invests in the sector must have climbed through some ill-gotten wealth. My case is far from that.

“From my modest earnings, I gathered  a team of experts, people of like minds who are thirsty for creating a turnaround in the oil and gas industry. We toiled day and night, reaching out to technical experts and others, who can help push our cause. We didn’t bribe our way through but only impressed them with our power of intellectual persuation,” he recalled, amid cherubic smiles.

Otunba Soewu, who was born in the late sixties in Ijebu-Ode, Ogun State,  had his primary education at Ansar Ud Deen, Ijebu-Ode. He from there, proceeded to Ijebu-Ode Grammar School and later, Adeola Odutola College, both at Ijebu-Ode for his Senior Secondary School education. In fact, he performed excellently, to qualify for admission into any higher institution of his choice. He got admission into the Federal Polytechnic, Ilaro, Ogun State, where he studied Financial Studies and came out with Upper Credit.

He equally did Higher National Diploma in Accounting from the same institution, also with Upper Credit! This made him one of the outstanding students in his set. He later proceeded for his Master’s in Business Administration (MBA) at Olabisi Onabanjo University (OOU) Ago Iwoye, Ogun State.

His urge for more educational pursuit took him to the University of Georgia in Athens, USA, where he was awarded a Certificate of Attendance for participating in a Poultry Science workshop in 2004. He was also a participant at Cochran (agricultural) fellowship programme in Michigan State University USA, in 2019. He further attended other several poultry expositions, seminars, and workshops, both locally and internationally.

*Royal Smithfield show on Feeds and Poultry, United Kingdom in 2005

Having been armed with this philosophical statement, he continued to work assiduously in making honey from the rock, turning waste into wealth and fusing all disadvantages into a gold mine.

Recalling the days of yore, however, Soewu informed that after his secondary school education, while he was still waiting for admission into a higher institution, he got interested in supplying raw materials for production of Animal Feeds.

He was majorly sourcing for raw materials such as maize, sorghum, soya beans meal and cake, cotton seed cake, wheat Offals, Pkc, Bone meal, oyster shells, among others, from the northern ,eastern and western  part of the country.

These are besides supplying lysine, Methionine, fish meal and additives for the use of the poultry farmers and feed millers.

In 1996, having grown a bit in the business of supplying poultry farmers with these raw materials, he commissioned his first feedmill at No 19 Oshimore Street, Ijebu-Ode and later decided to establish a farm of his own, which was commissioned in 1998.

He, thereafter, moved to Ogbogbo/Ijari via  Ijebu-Ode and acquired several acres of land for his farming business, with about 18 workers at the period. This has today increased in number to about 296 workers. The farm is into poultry and feed milling.

In 2007, Otunba Fatai Soewu built another ultramodern feed mill office complex at No 1 Alh jogbo street off Awokoya Street, Ijebu-Ode and it was commissioned by the former governor of Ogun State, Otunba Gbenga Daniel. In 2010, based on his belief that with little striving, nothing is impossible, he diversified into Oil and Gas industry and established Debash Oil and Gas. There are currently three mega stations-two  at Ijebu-Ode and one on Lekki-Epe road, Lekki, Lagos State.

In 2019, Otunba Soewu established an ultramodern bottled water factory with all the equipment imported from outside the country and started producing Aquabash Table Water that is now a household name in Ijebuland and the nation at large.

He had earlier attended Police College for the training and courses. He also strongly believes that the security of all should be everybody’s business. It will be extremely difficult, considering his self made personality to have a full description of this quintessential Ijebu man.

He touches life with ease, giving scholarship to indigent students, assisting the downtrodden masses and giving hope to the aged. In fact, he is one of the leading lights of the Ijebus and Ogun State at large.

Otunba Adebayo Fatai Soewu is the Asiwaju of Iwesi land and Otunba Afolajoye of Iworo town via Ijebu-Ode, Ogun State.

Otunba Fatai Adebayo Soewu is happily married with kids and what gives him joy most is seeing people getting gainfully engaged and contributing their quota to the development of the nation’s economy.

He had repeatedly said that he won’t be tired of always looking out for opportunities to further create wealth for the economic empowerment of all.

When asked about his high level of acceptability, he replied, and I quote: “I have been a friend of successful government officials because of two main reasons, honesty and loyalty, making it possible for Baba Obasanjo, Otunba Gbenga Daniel, Senator Ibikunle Amosun, Alhaji Gbenga Kaka, Senator Lekan Mustapha, Senator Bayo Osinnowo, Speaker Mudasiru Obasa, Suraju Adekunbi and others irrespective of their political leaning giving out hands of fellowship to a man that built from scrap”.