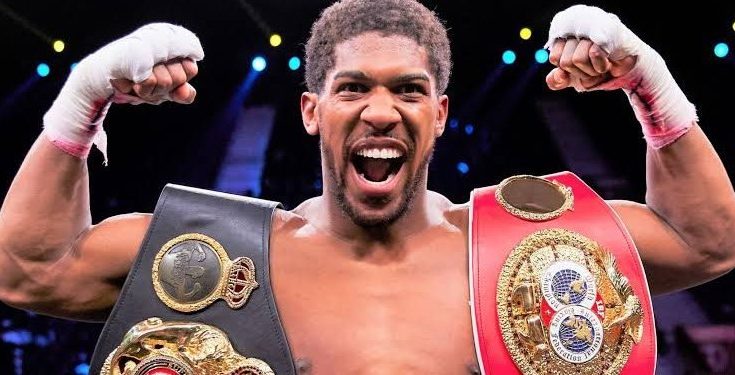 Two-time Unified World Heavyweight Champion, Anthony Joshua has stepped up the fighting talk and warned Tyson Fury he relishes going to war in the ring as the pair moves closer to a heavyweight mega-fight.

With politics threatening the bout from taking place, many boxing fans are still hopeful to see the two champions face off for the undisputed crown.

”I’d rather die in battle, so I can go to the heavens where the warriors lie than go to battle and try to hide and survive,” Joshua said in an interview on his YouTube channel on his mindset ahead of the fight.

He also reiterated his love for boxing despite it being an uncivilised sport.

”This is a sport of combat and war. We’re not civilised people, we’re warriors, and I love it.”

Having won his rematch against the Bulgarian, Kubrat Pulev, the IBF heavyweight champion stated he was willing to avoid making the same errors that cost him the crown in the first place.

”I wear my scars like an honour. I think I’m someone who has to get burnt to learn not to touch the stove. When I got burnt, I said I never want to make that mistake again. Anyone that stands in front of me will feel the force,” he mentioned.

As negotiations proceed on a likely venue for the clash, the 31-year-old’s promoter Eddie Hearn hinted at June being a likely time

”No decision has yet been made on the location of the fight, though the ongoing coronavirus restrictions in the UK mean the chances of the first clash between Joshua and Fury taking place on home soil are extremely slim.”