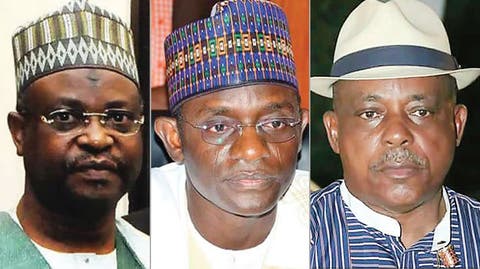 JOHN ALECHENU examines the fresh attempt by a group of Nigerian activists, intellectuals and political actors to birth another platform to challenge the dominance of the All Progressives Congress and the Peoples Democratic Party

The 2023 general elections are only two years away but intrigues by actors in the political space have undoubtedly started.

Prior to the 2014 merger of three opposition political parties, the then ruling People’s Democratic Party had made good use of the divide and rule tactics to run over the opposition especially during presidential elections.

The National Secretary, Project Nigeria, Mr Olawale Okunniyi, who was part of the moves to initiate a coming together of opposition political parties back in 2007, said, “It was late Alhaji Balarabe Musa, the leader of the Nigeria Unite for Democracy, and chairman of the Conference of Nigeria Political Parties in 2007, who proposed an alliance of opposition political parties against one-party rule in Nigeria. This later gave birth to the Mega Party Movement under the leadership of late Anthony Enahoro, Alhaji Lateef Jakande and Chief Olu Falae, respectively.”

He recalled that the realignments gave rise to the Congress for Progressive Change, led by the then Major General Muhammadu Buhari (retd.), the Social Democratic Party and the Action Congress of Nigeria, among others.

Okunniyi, however, expressed sadness that the experiment collapsed a few months to the 2011 elections.

He said, “Faced with the reality that you cannot continue to do the same thing the same way and expect to get a different result, opposition leaders received wise counsel and decided to do what many considered the impossible prior to that time-they dissolved their various platforms to birth Nigeria’s first truly national opposition party, the All Progressives Congress.

“The then new party received a boost from five sitting governors of the then ruling party Peoples Democratic Party who moved in with their party structure in states hitherto considered the PDP strongholds.”

Interestingly, the supremacy battle within the PDP over the issue of zoning back then strengthened the APC. This resulted in the PDP’s first taste of defeat in 2015, a failure the party has been unable to recover from till this day.

But five years into the regime of the President, Major General Muhammadu Buhari, now, some Nigerians have described both the PDP and the APC as two sides of the same coin.

Another group of Nigerians, who tried but failed to come together to form a third force to challenge the dominance of the two political parties in 2019, has renewed their bid to create another broad-based platform which they believe will succeed this time.

Politicians like a former Speaker of the House of Representatives, Ghali Na’abba; former National Chairman of the National Conscience Party, Yunusa Tanko; academics including Professors Pat Utomi and Kingsley Moghalu; Mrs Remi Sonaya; Dr Hakeem Baba Ahmed, and a host of others, who came together to form the National Consultative Front, have indicated interest in floating an alternative platform ahead of the 2023 presidential election.

Speaking on the new project, Okunniyi, who is one of the prominent promoters of the new group, explained, “We are still consulting and mobilising Nigerians towards this latest move towards rescuing Nigeria from the misgovernance we have been exposed to since 2015.

“It was not as if the PDP was any better, it is just that the current APC regime is progressively worse, Nigerians have never had it this bad.

“The truth is that both the PDP and the APC are two sides of the same coin, they have both failed Nigerians. We are launching a Mega Political Movement in January and have a full inauguration party in June.”

However, a legal practitioner and a chieftain of the APC in Gombe State, Abdullahi Jalo, expressed the opinion that under the APC, Nigerians had seen what good governance and accountability could deliver to a nation.

He said, “I was a member of the PDP but I am now a full member of the APC because of the type of leadership President Muhammadu Buhari has provided since taking office in 2015.

“Nigerians now understand the true meaning of progressive politics. The policies and programmes of our president are non-discriminatory. All he is interested in when a project is proposed is whether it will be to the benefit of a majority of Nigerians; he doesn’t care whether the benefiting state is a PDP or an APC-controlled state. This attitude explains why unlike previous leaders, he doesn’t care who started a project; as long as Nigerians will benefit, he goes ahead to complete it. Is it his achievement in the railway sector you want to talk about or the repayment of money spent by states to rehabilitate federal roads? Nobody is saying there are no challenges, there are but genuine efforts to surmount these challenges are on.

“Without doubt, the APC will remain the party to beat in the next election.”

The National Publicity Secretary of the opposition Peoples Democratic Party, Kola Ologbondiyan, disagreed with this position.

He said, “Most Nigerians are today regretting the decision to vote in the APC in 2015. Walk on the streets in any state in Nigeria and speak to the people. Will people in the President’s home state of Katsina, or the people of Borno, Zamfara, Yobe states, or in fact, anywhere in Nigeria today sincerely tell you that their lives have improved for the better since the APC came on board? The answer is definitely no.

A chieftain of the Enugu State chapter of the APC, Osita Okechukwu, on his part, said, “The Nigerian political system has always favoured a strong two-party system. Other smaller parties can exist on the sidelines but we have had a situation where two strong political tendencies exist just like in the United States where our system of democracy was copied from. I don’t see that changing anytime soon.”

A former Secretary of the Bauchi State chapter of the defunct ACN, Abdullahi Dauda, who has been a long-time opposition figure before the merger which gave rise to the APC, however, expressed doubts about the possibility of Nigerians taking a risk with a new political platform.

He ruled out this possibility as regards to the 2023 presidential race.

He wondered if Nigerians would be willing to once again risk going for a little-known marriage of strange bedfellows in the name of a political party like they did in 2015.

“I think for many of us the maxim ‘the devil you know is better than the angel you don’t know’  holds true.  The APC and the PDP may be two sides of the same coin but Nigerians have now tasted the two and are likely to make better informed choices in 2023. I honestly don’t see any serious threat to their dominance of the political scene yet.”

Dauda further explained that the situation in 2015 was remarkably different from what is on the ground today.

According to him, one factor stood out in 2015; there was a general consensus especially in the North, that the then President, Goodluck Jonathan, breached the zoning arrangement which had been in place since 1999.

He noted that the deteriorating security situation as well as what many considered unprecedented corruption among the ruling elite at the time made matters worse for the then ruling PDP.

There are also those within the new political movement who are optimistic that the brains behind the #Endsars movement could spring a surprise by bringing in their energy to join the experience being paraded by some of the promoters of the Mega Political Movement, to drive the process.

Those in this school of thought pointed out that the youth had tasted the power of unity and focus and could deploy the same with likeminded people to wrest political power from the dominant political parties.

However, another school of thought expressed the view that the problem would always come from the clash of interests among those who felt they could do a better job given the chance.

Recall that prior to the 2019 general elections, several youth groups came together in an attempt to throw up a consensus candidate but their efforts failed largely because personal ambitions failed to yield the floor to reason.

The Executive Director,  Civil Societies Legislative and Advocacy Centre, Awual Musa, is of the view that what is currently in high demand is attitudinal change among Nigerians.

“We must change the way we do things; our value systems must change if we are to get things right be it politically or in any other sector.”

Events of coming months will indicate if the fresh attempt to provide an alternative to the dominance of the APC and PDP will gain traction ahead of 2023.