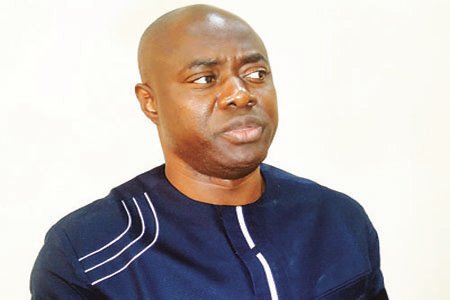 THE All Progressives Congress (APC) in Oyo State, has reacted to the worrisome level of insecurity in the state, recalling that the immediate-past government of late Governor Abiola Ajimobi fashioned out his ingenious means of banishing crime and criminality in the state.

The party, in a statement made available to Vanguard, through its Publicity Secretary in the state, Dr. Abdul-Azeez Olatunde, yesterday, was reacting to the recent killings and kidnapping that become the trend since the inception of the new government under Governor Seyi Makinde.

APC stated that acknowledging the truth by the current government in power in the state has become hard, adding that, PDP should not be ashamed to admit its failure. The statement read: “Imagine the Peoples Democratic Party (PDP) Oyo State claiming that the achievement of Senator Abiola Ajimobi was made possible because PDP government at the center then was able to provide adequate security for Nigeria hence that rub off on Oyo State.”

“We would just like to remind ourselves a few of the happenings between 2011 and 2013 because of space constraints to judge the government of the PDP at the Centre once again.” “August 2011 attack on the United Nations Complex, Abuja, the seat of PDP Federal Government, then.”

“April 2012 bombing Media Houses in Abuja and Kaduna. October 2012-80 Towns and villages were razed down with Hundreds of casualties by Boko Haram in Borno State.” “November 2012 killing of 40 students in Mubi, Adamawa State.

December 20127 bombing of Muhammad Kurs Barrack. January 1st 2013 bombing of Airforce Base, Munguno Barracks Maiduguri and numerous Police Station in Borno State.” “Above few apart from 14 local government areas that have been completely taken over by the Boko Haram insurgents were the security status of Nigeria between 2011 and 2015, which Oyo State PDP claimed to have rubbed off on Oyo State Government led by Sen Abiola Ajimobi.”

“Simply put, while PDP government at the center was groping for a solution to the security challenges of Nigeria, Sen Abiola Ajimobi came out with the novel Operation Burst which secured Oyo State people for the 8 solid years of Sen Abiola Ajimobi’s government which the good people of Oyo State have attested to with accolades right, left and center at the expiration of their tenure.”

“Imagine innocent woman, Alhaja Serifat Adisa, the CEO of SUBAWA filling Station that was kidnapped and murdered on Saturday, January 2, 2021, in front of her filling station, among other high and low profile violence that has now become synonymous with Oyo State since the government of Engr Seyi Makinde.”

“This is why we are calling on all concerned residents of Oyo State to advise Gov Seyi Makinde to provide security for the lives and property of his people and live for the future,” the statement maintained.