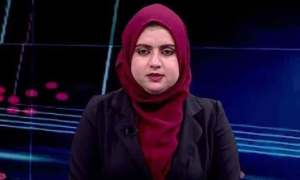 Malalai Maiwand was killed in the eastern city of Jalalabad, said Enekaas TV, the private television channel she worked for. Targeted killings of prominent figures, including journalists, clerics, politicians and rights activists, have become more common in recent months as violence surges in Afghanistan, despite peace talks between the government and the Taliban.

Attaullah Khogyani, spokesman for the Nangarhar provincial governor, and the local hospital confirmed the killings. Nangarhar province and its capital Jalalabad have seen regular clashes between government forces and the Taliban.

The extremist Islamic State group has also claimed several deadly attacks in the province. The murder of Maiwand, who was in her 20s, comes just weeks after Radio Liberty reporter Aliyas Dayee was killed in a car bomb attack in Lashkar Gah. Human Rights Watch said Dayee had previously been threatened by the Taliban.

A former television presenter in Kabul, Yama Siawash, was killed in a similar car bomb attack near his home last month. No group has so far claimed these murders. Afghan forces are battling an increase in violence in the country, much of it unleashed by the Taliban as they attempt to gain leverage in peace talks in Qatar, which opened in September.

Previous PostWe'll Have A 'New Ogun In Another One Year', Says Gov Abiodun Next PostInvitation to Buhari: Senate disowns House of Reps