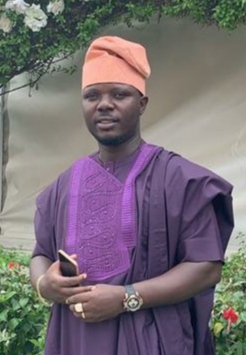 Another feather of honour has been added to the hat of a Lagos businessman and socialite, Gbobaniyi Fatai Olatunji Balogun who recently crowned as Olu-Omo of Ipakodo Kingdom, Lagos State along with his beautiful wife, Yeye Jemilat Olajumoke Balogun.

According to him, “Otunba Olatunji Balogun has distinguished himself in service to humanity, Ipakodo land and beyond, it is hoped that this will spur him on to even greater service to the people and community as a whole.”

The Olu-Omo, joined by his wife, Chief (Mrs) Jemilat Olajumoke Balogun, who also conferred with the tittle of Yeye Olu-Omo of Ipakodo Kingdom, receive the certificate and sceptre of authority, commended the Kabiyesi for dim him and her wife fit for the prestigious tittle.

Brief Profile About the Celebrant:

Chief Fatai Olatunji Balogun was admitted into the secondary school of the National School, “National College Gbagada” for his post primary education program, where he bagged his WASCE. With this feat, he was admitted into Olabisi Onabanjo University, Ago Iwoye, Ogun State, in 2003 for his B.Sc. in Industrial And Labour Relation where he graduated with a 2nd Class Upper Division in 2008.

Chief Olatunji while in University, he learnt some skills in entrepreneurial which led him to established his own business after his NYSC program. He started his working career with his own business. He established Bof & Mayana ventures located in Maya. A company that deals with building materials and properties. He is also the CEO of Jb Wine & Liquor store, Ebute Ipakodo, Ikorodu, Lagos state.

Chief Fatai is a socialite and influential. He is the Gbobaniyi Egbe Obayori Okunrin Akile Ijebu)Kuye). He has a genuine and strong interest in human welfare, values, and dignity.

Chief Fatai Olatunji Balogun travels around frequently on business and on holiday in China, Germany, Turkey, South Africa and UAE.

A faithful Muslim by religion, happily married and blessed with children.