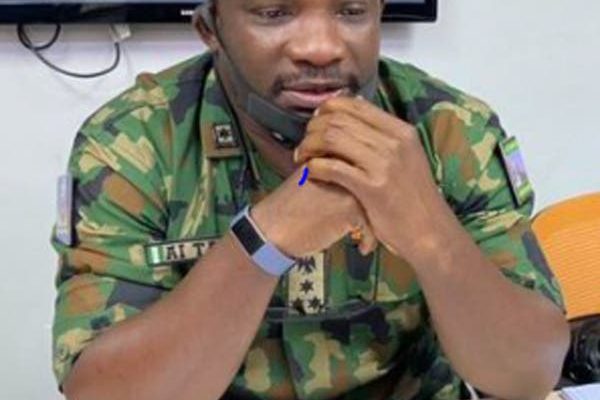 The Commander of 81 Military Intelligence Brigade, Victoria Island, Lagos, Brig. Gen. Ahmed Taiwo today told the Lagos State Judicial Panel of Inquiry probing the alleged shooting of #EndSARS protesters at the Lekki tollgate that most of the business looted in Lagos were owned by Igbo. Gen Ahmed Taiwo made the assertion today while testifying  before the panel.

Giving details of efforts by the army quell the protest and lootings that erupted in Lagos, Gen Ahmed said that from his assessment the incident across parts of the city, most businesses that were looted belonged to Igbo business men and women. “By my assessment,  most businesses looted during the protest were owned by Igbos.”

Gen Ahmed also stated the army would have been able to recover most looted items especially at the lekki axis, had the Lagos state government not lifted the curfew imposed on the state.

Insisting that the lootings were a well coordinated plan, Gen Ahmed noted that on two occasion when the state government lifted the curfew, army authorities were not carried along. ” On two occasions when the curfew was lifted in Lagos, the army authority was not inform.

If the curfew had remain in place, we would have been able to recover the looted items from Shoprite Lekki, Sango-Tedo and its environs,” he said. General Ahmed also disclosed that the army evacuated over N2billion from some banks that were damaged in Lekki area.