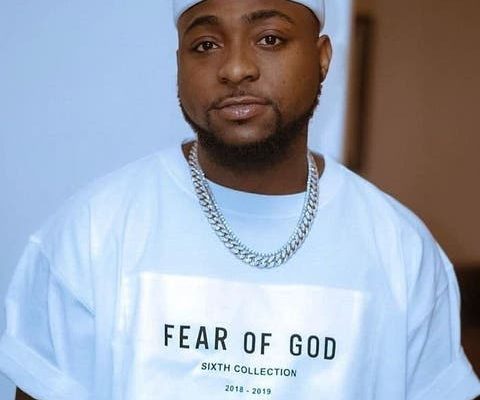 Chioma’s parents got hate messages over our relationship –Davido

Award-winning singer, David Adeleke, better known as Davido, has revealed that the parents of his fiancée, Chioma Rowland, were victims of cyber bullying when their relationship became public.

The father of three who is used to being in the news said he decided to be discrete about his life because it appeared people were not happy with good news.

In an interview with The Juice on Ndani TV, the singer said, “People are wicked. When I released ‘Assurance’, everything blew up. Chioma was getting about 5000 messages from faceless people. They were saying nonsense and sending hate messages. She went from being private to public overnight. Even her parents were getting hate text messages. I didn’t know why people were hating. It became really bad and I thought that people did not like good things. It affected our relationship a lot, so when I decided to go offline, we decided that we were not going to talk about our lives again. Before the ‘Assurance’ video, our relationship was so cool. The dynamics changed when our relationship became public; it became like everybody’s relationship.  I remember when I was at an airport in Barcelona, a woman pushed me and warned that I must marry her in-law.

“I felt pressurised to officially get married before now but not anymore. At the end of the day, it is between us. We would get married eventually but now is not the time. I am happy she is now working on making money. We are just trying to make our foundation solid and not riding on the waves of what people want.”

The ‘Fall’ crooner also spoke about losing his mother at an early age and his relationship with his first child’s mother, Sophia Momodu. He said,  “I won’t say that not having a mother made me independent but I was close to my mother and I was a mummy’s boy. Then, I was not bothered about my father because he was too busy. My mum was the one that always came to my school, checked my grades and did other things. When my mum died, it was very hard for me. Being with my dad was hard. I always went to church and attended a lot of bible study programmes at the Seven Days Adventist Church. My teenage years were very rough for my dad but over time, we got closer. I wish my mum saw the Davido that I am now.

“I have lived a very carefree life. At the beginning of my career, I was not thinking of saving money. People say I was doing that because I have a rich father but that was not it. Right now, I am trying to branch out and look for more avenues to make money. I‘m signing new artistes, building some apartments and trying to build a hotel.

“I am a stubborn person but me and Imade’s mum (Sophia Momodu) are now the best of friends. The fight was between our families; it was not about us having personal problems. The relationship was sour for years but I realised that Imade was growing up, so we had to do it for her. I was romantically involved with all my children’s mothers; they were not one night stands.”

Meanwhile, the Davido Music Worldwide boss released his new album,  titlted ‘A Better Time’ on Friday. The album has received alot of mentions on socialmedia from personalities such as American artistes, Chris Brown and Nikki Minaj, former Vice-President of Nigeria, Atiku Abubakar, Tiwa Savage  and his fans.

Previous PostFG: Only qualified teachers will be allowed in classrooms next year Next PostHow we abducted expatriates, killed soldiers in Bayelsa, Rivers –Suspects