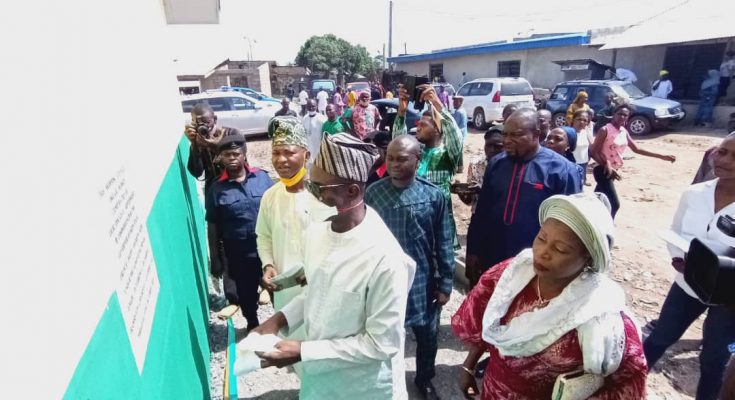 The Chairman, Transition Committee, Ijebu Ode Local Government, Engr. Olugbenga Olugbile, has commended the Governor of Ogun State, Prince Dapo Abiodun for his visionary leadership which has impacted positively on all the local governments in the state.

Olugbile gave the commendation at a reception held at the Millennium Hall, Itoro, Ijebu-Ode area of Ogun State on Thursday.

Olugbile in his keynote address commends Governor Abiodun’s giant strides on the development of infrastructures in the council area, especially on the construction of road networks within Ijebu-Ode Local Government area of the state.

Olugbile stressed further, saying the release of funds by the Governor, added to the IGR had greatly helped the local government in execution of people-oriented projects in the area.

Governor Abiodun who was represented by the Honourable Commissioner for Local Government and Chieftaincy Affairs, Hon. Afolabi Afuape, appreciates the people of Ijebu Ode Local Government, for their support during 2019 general elections.

The commissioner noted, saying “This administration is ready and willing to make local governments in the state more viable, and not just a mere salary paying centres, but to get regular feedbacks from the residents of the state.

In the same vein, His Royal Highness, Oba (Engr.) A.S. Salisu, Lamodi of Isiwo also applauded Gov Abiodun and Engr Olugbile for putting an end to the darkness in the town; saying, 12 months of lack of electricity has now become a thing of the past.

Certificates were presented to some of the trainees of the 2-week empowerment programme for the youths, while communication gadgets were also distributed to men of the So-safe Corps, to enhance their security operations.