Home Business The Secret Behind Bitcoin’s Jump from ₦100,000 to ₦8 million in 2 years 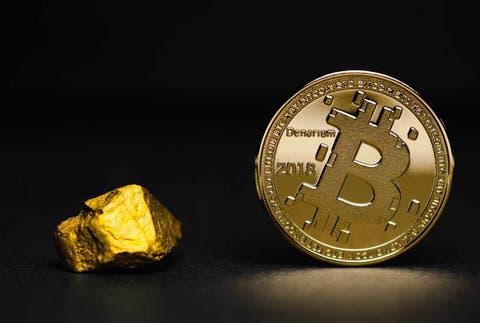 Bitcoin marked its 12th anniversary on October 31st. In response, its price has jumped from $13,000 to $15,000 in less than 2 weeks. The crypto community, including Bitcoin exchanges, celebrated the 12th anniversary in a big way.

But for someone who hasn’t dealt with Bitcoin, this huge price can be a little confusing. The most common questions people ask are: What is Bitcoin and why is it so valuable? How can a currency you cannot see or touch have such a high price? If it’s not a ponzi scheme, then what’s really driving it?

To answer these questions, let’s look closely at Bitcoin. It’s just a type of digital currency also known as a cryptocurrency, that doesn’t have any physical notes. You can buy and sell Bitcoin on a cryptocurrency exchange and use it for a couple of things.

You can send it from one place to another So let’s say you sharply want to send your friend Bolu 15,000 Naira for the weekend. The normal thing is to open your mobile banking app and send the money to Bolu’s account number. Bolu’s weekend is set and you get a debit alert showing that your account balance has changed. In all this, you haven’t touched physical cash at all.

You can just see the numbers changing. That’s the same way you can send Bitcoin from one person to another but there’s more. You can trade it like Forex People trade Bitcoin the same way you can trade any other currency that has an unstable price. You know how 1 dollar could be 360 naira today, and people will quickly go and buy it. Then when it’s like 400 naira, they sell it and make profit.

That’s how you can trade Bitcoin. The only difference is that with Bitcoin the price changes a lot more and gives people room to profit more. But where does the real value of Bitcoin come from? Other valuable resources like gold are things that you can see and touch. But you can’t touch Bitcoin, so is it jazz?

The value of Bitcoin comes from two main things: It has a limited supply It provides value The Limited Supply of Bitcoin To understand how Bitcoin is limited, let’s look at gold. Gold is a natural resource that will finish one day. And when it finishes, it’s not like Central banks can just start printing new gold. Bitcoin isn’t a natural resource.

It was created with software code. And this code says that only 21 million Bitcoins will ever exist. But the thing is that most of the 21 million Bitcoins were locked at the beginning. It’s just like when you play a game and some levels are locked. So as you go through the game shooting all the bad guys, you unlock those levels. Every day, 900 Bitcoins are unlocked and more than 18 million are unlocked today.

But what happens when all the Bitcoins become unlocked? Well… Bitcoin becomes scarce and scarcity drives value up. How Bitcoin Provides Value Bitcoin was created as a central currency for sending and receiving money around the world. But why do we need a central currency? Remember Bolu from our earlier example? Now, imagine he was in Antarctica and doesn’t have a Naira account.

How do you send him money quickly and without heavy fees? That’s where Bitcoin comes in. All you have to do is sign up on a cryptocurrency exchange and enter Bolu’s Bitcoin wallet address. Within a matter of minutes, he can receive the Bitcoin and withdraw it in his currency. That’s what Bitcoin looks like in action. It’s this usefulness that makes Bitcoin worth trading, using, and investing in.

There are now also other digital currencies such as Ethereum, Tron, and Dash that provide similar value. So the next time someone asks you why Bitcoin has value, tell them this: Bitcoin is limited and provides value. This is why people are willing to buy and sell it. As people find more useful ways to use cryptocurrencies, more people will buy them.