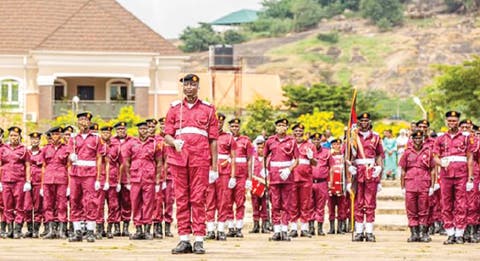 Amotekun, South West Agitation And The Race For New Nigeria

The solo dirge for Nigeria’s dismemberment has gained new choruses, and the song has gained a high pitch from the least expected quarters – the Office of the Vice President of the Federal Republic of Nigeria, Pastor Yemi Osinbajo. And like a well rehearsed music Orhestra, the Secretary to the Federal Government of Nigeria, Boss Mustapha added his tenor and re-echoed it. Immediately, the condensed baritone of the General Overseer of the Redeemed Christian Church of God, Pastor Enoch Adejare Adeboye joined the music singing the hymn of restructuring. And then the congregation of those who wants a new protocol of engagements and relationships among the component parts of Nigeria keeps rising. While the South West urgently puts in place the Amotekun security architecture to underscore the seriousness attached to this expected new political arrangements, saying they are not just singing but that they are ready to dance as well. From all corners, the quest for regional governance protocols started gaining momentum. And it does appear that Nigeria is ready for a redrawing of the protocol of relationships among the component ethnic regions. What this portend for the 2023 elections however remain to be said.

The security architect is also been redrawn with the North taking the lead with His bah in some Northern states; and the South West responded with the establishment of the Amotekun Security outfits in what looks like taking security in their own hands. The import of this is not lost on the Federal Government as the IGP suddenly approved the establishment of Community policing to douse the tension of ethnic agitation which Amotekun signpost. This is expected though, because of the rising cases of Herdsmen attacks on local communities, raping, maiming and killing of citizens. The spate of crime has been regionalised; while Boko Haram has become a menace terrorizing the North East, Bandits have taken a new low in the North West, Katsina and Kaduna have become the flash points. Much of the south; South East, South South and South West have become practically under siege of herdsmen. The division among Nigerians and divergence in the multiple culture have never been more pronounced than now and this calls for grave concerns.

But while the race for securing the society takes prominence, the environment seems to have been relegated to the background; much has not been said on this. And where it does, they were restricted to pockets of actions in some States of the federation especially in cosmopolitan cities and urban centres. Then the question; after security, what kind of environment will the present generation be able to bequeath to future generations with acrimonious relationships and distrusts which have become rife. Recently Nigeria was engulfed in a wave of an  #EndSARS protest that was tending towards a revolution, the kind related to the Arab Spring which changed leadership and political systems in many of the North African States. It was meant to condemn Police Brutality which has signposted most of the operations and activities of the Special Anti-Robbery Squad. The government responded quickly disbanding or rather dissolving that unit of the Nigerian police. The Inspector General of Police, (IGP) Adamu, acting on the orders of President Mohammadu Buhari announced the deployment of all officers to other departments while announcing the disbandment of the Squad.

Whether this address the security concerns of the citizens, particularly in the South West where the protest was largely carried out. Many have suggested a comprehensive and total overhaul of the entire police system as the same officers whose psyche had been such ignominiously altered to brutality were merely seconded to other departments and they could still inflict more pains on the citizens.

Some have also argued that the welfare and working conditions, environment and standard of living of officers and men of the Nigerian Police force should equally be addressed as part of the comprehensive package for the police reform. Merely dissolving a unit or redeploying officers of a unit hasn’t changed anything at all. The perspective in some other quarters is that the rate of crime might increase as a result of this dissolution. Some argued that men who have ‘tackled’ crime over the years and have closely interacted with criminals at various levels are themselves a menace to the rest of the society. The arguments went further that what they cannot take by way of extortion and illegal arrests of “Yahoo Boys” ostensibly for extortion, some might end up as burglars and armed robbers themselves.

This therefore leads to further questions on the anticipated or expected roles of the regional policing system like Amotekun. This is about the time the South West regions and its governors should urgently activate (where there is none), energize and empower the Amotekun regional outfit so as to fill in the gaps and the vacuum which the disbandment of the Special Anti-Robbery Squads might temporarily create, especially as it was looking like the Federal Government were only pressured to take such spontaneous actions without a consideration for what kind of reform to usher in a new policing and crime attack system for the whole of Nigeria.

Previous PostThe SARS In Our Midsts ! Next PostPoverty In Nigeria: Research And Statistics