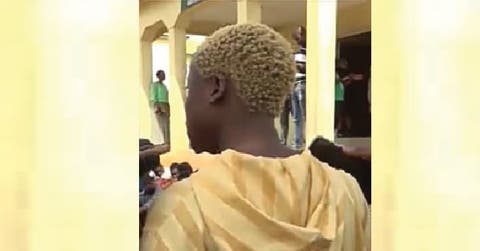 Twenty-year-old Suliya Tajudeen was paraded alongside 86 others by the police in connection with looting of public and private property in some parts of Osun State last weekend. Suliya tells BOLA BAMIGBOLA how she was arrested

Why were you arrested by the police?

On the day the #EndSars protest escalated in Osogbo (October 17), some hoodlums broke into Osun Mall and looted it. I was not part of the hoodlums that attacked the premises but I incidentally found myself near the mall when the attack took place.

So how did you get involved?

I was not involved. I went to the mall to meet my hairstylist, who had called me earlier to come over so that I could tint my hair to black. But a few minutes after I got there, I saw many people running towards the mall.  I also heard sounds like gunshots. But I wasn’t sure if they were gunshots or something else. We were all scared and so we ran in different directions in the mall.

I could not go out because I believed those that came into the premises might injure me, so I hid.  When the hoodlums were looting shops, the rest of us hid in different places. The hoodlums were moving from shop to shop, stealing items. They got to a phone shop and looted it. While they were carting away many phones, two iPhones fell near where I was and I picked them up.

I can’t recognise those people, but they stole a lot of phones. I won’t lie, I took the iPhones and hid them under my clothes and went home.

Why did you do that?

So, why didn’t you return them?

I wanted to return the phones the following day but before I could do that, the phones were tracked by the police and I was arrested.

Did you use the phones?

What do you do?

What kind of work is that?

I can’t explain it more than that. I leave you to find out.

Were you part of #EndSARS protest?

No, I didn’t join them but I was at Olaiya Junction, Osogbo while the protest was going I was there to watch them.