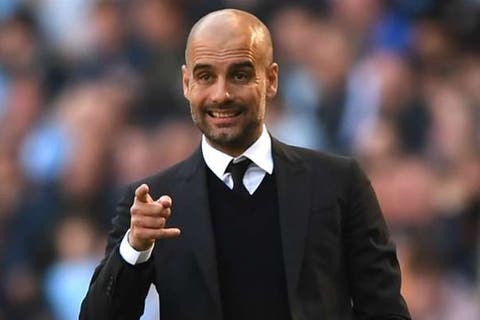 Pep Guardiola said Friday he would like to “stay longer” amid speculation at least one of the candidates to be the next president of Barcelona would like to bring the celebrated manager back to the Nou Camp.

Guardiola is in the final year of his contract with City, a situation that had already led to plenty of debate about his future, before Barcelona presidential candidate Victor Font suggested he could return to the Catalan club, where his trophy haul included a pair of Champions League titles.

But when those comments were put to him during a Friday news conference, Guardiola replied: “I am incredibly happy here. I’m delighted to be in Manchester and I hope I can do a good job this season to stay longer.”

Although Guardiola has won two Premier League titles since joining City from German giants Bayern Munich in 2016, European glory has proved elusive during his time at the Etihad.

Injuries have disrupted City’s start to this season, with Guardiola’s men in a lowly 13th place in the English top flight ahead of their match away to Sheffield United on Saturday.

Guardiola said City’s plight had been made worse by a shortened pre-season break and a fixture programme compressed by the demands of the coronavirus pandemic.

And that led him to argue the Premier League should revert to allowing five substitutes, as happened during the closing stages of last season after lockdown.

“Definitely they should, they should 100 per cent,” he said. “It’s not about one club.

“There are statistics that they don’t deny – that in the Premier League players have 47 per cent more muscular injuries than the previous season, due to no preparation for most of the teams and the amount of games.

“All the leagues – Germany, Spain, everywhere – (allow) five substitutions to protect the players, not to protect one team. Hopefully, they can reconsider and do what the rest of the world does because we have to adjust to the pandemic situation and other things.

“The reality is completely different now to before. Intelligent people adjust to the situation in the world – football is about the players. We’ll see.”