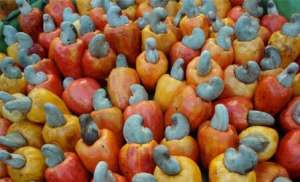 In this interview, founding President of National Cashew Association of Nigeria, NACAN, Soni Stephenson Uzoechi, lamented how Nigeria is losing billions of dollars on poor government attention on cashew production and processing, which also spoke on other issues bothering on cashew exportation. Excerpts

What is the journey so far with Cashew production in Nigeria?

I was the founding President of the National Cashew Association of Nigeria, and that was in 1987.

So by 1987, we had the first glut of cashew in the country and that meant that we had hundreds of thousands of tonnes of cashew in various warehouses and farms, and no mouth spoke for cashew that was the time I came into the scene.

I circulated a questionnaire to stakeholders on the desirability to forming an association to speak for cashew, and when that happened the response was tremendous.

Persons like Dr Chukwuemeka Ezeife, the former Governor of Anambra State responded, Basic Commerce was his company; Chief Audu Ogbeh, Efugo Farm and former Minister of Communication then; Lieutenant General Theophilus Danjuma, General Wushishi, and other Nigerians. Companies like UACN, Olam, and others, all of these responded.

So we called for a national conference on cashew, and now it is a national and commercial crop. The minimum we export each year is 300, 000 metric tonnes. First was 14 States today we are having 18 States producing cashew and many more states are coming on board.

How many States produce cashew in Nigeria?

The states in the South-East produce cashew, then in South-West except Lagos State produce cashew. Then in North Central, they produce very large quantities of cashew. Now we have cashew in the North East and North West.

Cashew being a cash crop, how much has it generated for the country so far?

Why do you say it can support the economy of Nigeria?

It can support because the government is not giving it the due attention it requires. If the government will collaborate with the National Cashew Association of Nigeria; develop the farmers, farmlands it will create substantial jobs for the teeming youths.

There are other value chains we have not mentioned from the same crop, and again cashew majorly is a health food that is why the kernel of cashew is never processed further by crushing it to obtain the oil and so forth because of the health value attached to it.

So we want to encourage local consumption of the kernel. It will drop substantially the heart attack and ailments of our people. This sudden death arising from heart failure and others will be minimised considerably.

We export raw cashew nuts to India, Vietnam, and today China has also demonstrated interest and is processing in their own countries. But when you talk of the processed kernel the entire world is interested, and in fact, the demand for processed kernel is hardly met anywhere. The entire processing factories in the world are hardly able to produce to feed the demanding mouths of cashew.

You mean Nigeria is not able to process cashew?

When I say we are not processing I mean we are processing but very few. For instance, Nigeria remains a raw cashew processing nation that exports 99 per cent of our raw cashew nuts-that doesn’t happen anywhere in the world.

In terms of cashew production, what is the ranking of Nigeria?

Nigeria happens to be number 6 in Africa.

What do you think can be done for Nigeria to be number 1 in cashew production?

What can be done to be number one is to increase the hecrage of our production. Cashew remains the only crop that can grow anywhere in Nigeria. So it is a national crop; arid north or rain forest region of the south.

What areas do you want the government to intervene?

What we really want the government to do is let them be proactive in supporting the production and processing of cashew.

There is no national policy on cashew and it is our worry, and that is why our new cashew association that is coming up we are encouraging them to see what they can do, to get in touch with our legislators to be properly sensitized on cashew production, processing and marketing including consumption, and in that case bring them in line with our thoughts and then produce a national policy on cashew.