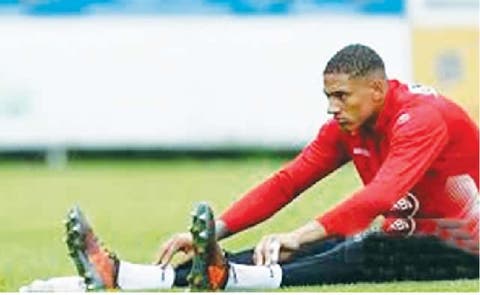 Super Eagles goalkeeper, Maduka Okoye, is disappointed not to have kept a clean sheet in the friendlies against Algeria and Tunisia in Austria, but wants to keep working to become the national team’s first choice.

The 20-year-old made his full debut for the Eagles in their 1-0 loss to reigning African champions Algeria on Friday and was beaten from close range by Ramy Bernaisbini’s fifth minute strike.

He also failed to keep out Mohamed Drager’s shot as the three time African champions were held to a 1-1 draw by Tunisia on Tuesday.

The Sparta Rotterdam goalie, who had his Eagles debut against Brazil last year as a substitute, made some impressive saves in both friendlies even though he failed to keep clean sheets.

“It was not easy games, but I am happy with performance.

“In the Algerian game, we conceded in the fifth minute and it was not good. There was too much on our minds. A goal that early was bad but we had to keep on going. We kept on going for over 85th minutes. Like I said, it’s not nice to concede goals but that’s football.

“I’m happy to be in the team. It’s always better to have a clean sheet but I’m looking forward to more games with the team.

“I will keep doing my thing and do my best and give my coach the reason to make me the Eagles first choice goalkeeper.”

Previous Post#EndSARS group receives over N77m in one week Next Post#EndSARS: How I spent three years in prison after policemen framed me for robbery at 17 -26-year-old lady