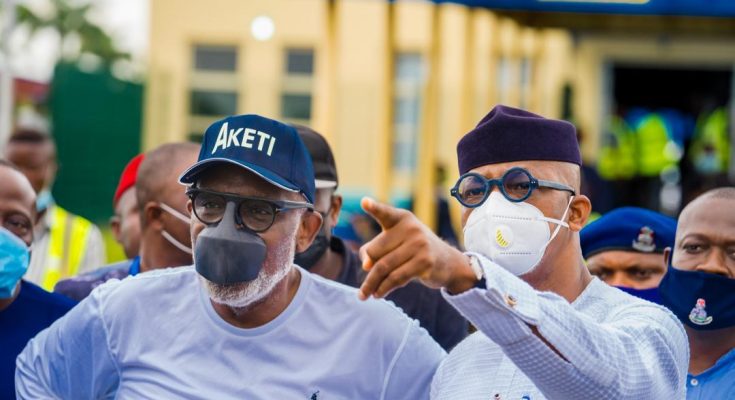 The Ogun State Governor, Prince Dapo Abiodun has congratulated his Ondo State counterpart, Olurotimi Akeredolu, for emerging the winner of Saturday’s Gubernatorial Election in the State.

Governor Abiodun in a statement by his Chief Press Secretary, Mr. Kunle Somorin, described the victory as a testimony of Akeredolu’s popularity among his people, noting that his performance in the last four years has contributed immensely to the sound victory recorded at the poll.

“I congratulate my brother, Governor Akeredolu on this victory. It is a hard-won victory not only to the Governor and the people of Ondo State, but for all progressive-minded people of this great Nation. I have no doubt that his performance in less than four years in office, played an important role in this victory.

“I want to commend his doggedness, tenacity, steadfastness and above all perseverance, which is the hallmark of a great leader,” he said.

Prince Abiodun expressed happiness over the peaceful conduct of the election, saying it was an indication that Nigeria was steadily making progress in her democratic journey, adding, “with time, we will get there.”

While assuring the Governor-Elect of the support of his Government and that of the people of Ogun State for a successful tenure, Governor Abiodun expressed hopes that Akeredolu’s second term would usher in more physical development that would be second to none in the history of Ondo State.

He called on the people of Ondo State to give their Governor the needed support so that the State could experience more developments in the next four years.