Home News Nigeria @ 60: We Have Reasons To Celebrate Despite All Odds, Says Abiodun 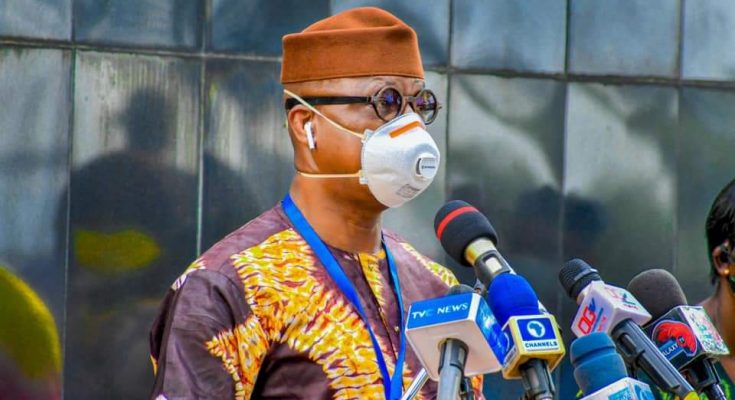 Nigeria @ 60: We Have Reasons To Celebrate Despite All Odds, Says Abiodun

Ogun State Goverrnor, Prince Dapo Abiodun says there are reasons for Nigerians to celebrate the country’s 60th independence anniversary as it has made remarkable progress economically, socially and politically

Goverrnor Abiodun who stated this in Abeokuta in his address to mark the 60th independence anniversary, noted that though the country was facing numerous challenges, the fact that it was still standing and moving forward call for celebration.

” It is a fact that Nigeria has gone through thick and thin in the bid to keep the vision and hope of our past heroes and to remain a very strong nation. A 36-month civil war, between 1967-1970; and, a long period of military rule amongst others are such stepping stones on which we have continued to achieve more as a people.

“Without starting to recount the many successes of the post-independence or our modern Nigeria, especially as a major force in the global fronts, it is a fact that our transition from a long period of military rule to a stable democratic Government has fast rekindled our position as a cornerstone in the global economy.

“In fact, the uninterrupted democratic rule we currently enjoy in the last 21 years speaks volume that we a strong, vibrant and United Nation under God. Indeed, our diversity in tribes and tongues remain our biggest strength. For this alone, we have every cause to celebrate”, Abiodun opined.

He said with the celebration, the nation was standing on the thresholds of history as it would afford the people an opportunity to comprehensively appraisal how well the nation has fared with a view to reviewing her achievements and re-examining the challenges to enable her come up with improved and more practical approaches towards attaining and nurturing her potentials, for sustainable development.

Governor Abiodun expressed the need for Nigeians to continue focusing more on uniting rather than dividing the nation as the country has potentials to become one of the biggest economies of the world, saying, “in fact, at 60, we should not be talking about how our nation will become a world power. We should be talking about how to consolidate our world status. We have all the human and natural resources to make us a world power. All we need to do is to bring our collective will to harness our potentials. We must also accept that development is a process.

“We must also know that the process has a cost. The good news is that the cost is not expensive. All we have to pay is our collective patience to see the process through to a logical conclusion. We will have to make painful but necessary decisions. The failure of the past in taking these decisions is what led us to where we are today and the situation we find ourselves. It is therefore very imperative that we summon courage now, and pool our shared will to take these tough decisions for the good of the present generation and building a strong foundation on which on-coming generations can build.

“Just as the labours of our heroes past can never be in vain, that is the only way our own labour will not be in vain. We must continue to work for the peaceful co-existence of all, irrespective of language, religion, ethnic nationality, places and circumstances of birth or societal status”, he said.

The Goverrnor who described the theme of the celebration, “Together Shall We Be” as instructive, acknowledged the contributions of the founding fathers all over the nation and particularly single out eminent some and daughters of the State for being in the forefront of building a virile and prosperous nation.

While noting that his administration was poise to repositioning the State through infrastructure, social welfare and well being, education youth development and Agriculture, the State Governor pledged to execute Projects and Programmes, as well as complete those that have direct impart on the lives of the people.