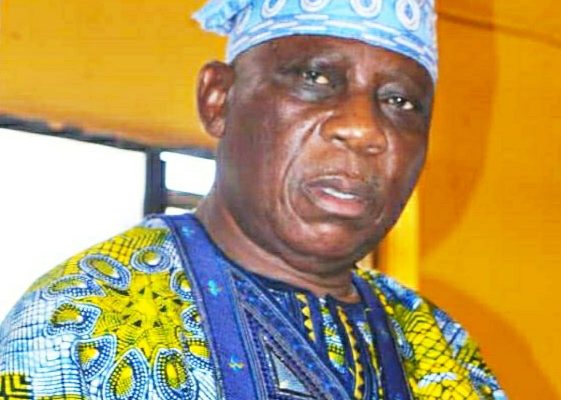 The former chairman, Engr Adebayo Dayo has mourned the demise of his political leader and friend, Senator Buruji Kashamu who passed on last week and buried according to Islamic rites in his Ijebu-Igbo country home town.

The former chairman in his condolence message described Senator Kashamu’s death as shock to the marrow.

According to him, “with the deepest feelings of pains in the innermost part of my heart, I convey my heartfelt condolence to the world over the death of my brother, my friend, my political associate and a great benefactor, the distinguished Senator Buruji Kashamu.

“Senator Buruji Kashamu’s death came to shock me to the marrow, despite our natural human differences, occasioned by our political opinions shortly before his untimely departure, I am definitely one of those worst hit and pained, especially with the thought of never having another opportunity to shake hands and laugh together.

“I wish the family, friends, our community, the state, the nation and the entire humanity the fortitude to bear the irreplaceable loss of the enigma.

“I however take solace in the love which we, his people, have for him even after his demise as the voice of the people is that of the deity. I pray that the almighty God will overlook his human misdeeds, pardon his shortcomings, reward his benevolence and grant his soul eternal rest in Aljannah”, he asserted.