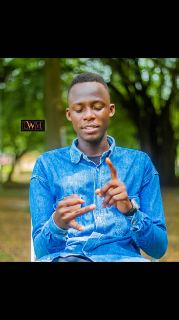 What do you know about the young talented Tella Michael Jolade, the African Human Calculator? I am very sure that the last time you heard about Human Calculator, it was an Oyinbo boy that you saw, but Tella has proved to the western world that we also got TALENTS in Africa nations, most especially in Nigeria.

Another name for human calculator is Mental calculator. It is a term to describe a person with a prodigious ability in some area of mental calculation (such as adding, subtracting, multiplying or dividing large numbers).

Tella Michael Jolade is a member of an elite group of people known as “human calculators”- people who can perform amazing mathematical feats without the use of a calculator.

There are only about two dozen people in the world who qualify for this Title.They all do different things – one is an expert at adding a number to itself more times in 15 seconds than a person can do it with a calculator, another multiplies eight-digit numbers faster than anyone else in the world.

According to scientists, the human brain has enormous power to accomplish anything that the mind conceives. So, man will always be a step ahead of technology.

Tella, a graduate of Geography and Planning, at the Lagos State University, (LASU), Ojo, Lagos has dazzled many with his unbelivable ability to compute figures without the use of scientilfic calculator, and get answers correctly.

When he was asked how did it really begin with this amazing talent. He said “I noticed that I could play with figures when I was very young. But I did not really give it much attention because I thought it was not such a big deal”.

It was, however in his secondary school years that he began to really take cognisance of the rare gift.

After the completion of his secondary school education, Tella worked as a hairstylist, making hair for both ladies and gentlemen. It was in the course of this engagement that he really developed his gift of computing figures.

“During that period, I only played with numbers on my own, especially when there was no client to attend to at the salon. So, I was merely engaging in it as a way of escaping boredom. But few of my friends noticed it and encouraged me to keep it up”.

When he got admitted into LASU, a few of his friends got to know about his exceptional deftness with figures. Expectedly, he was using this gift to help his friends out in their assignments, especially those that are studying accounting and statistics related courses.

Tella’s major breakthrough with his calculating gift came on the 2nd of June, 2019. On that fateful day, he had a discussion with his friend, Kehinde Samson, about his ability to compute figures without a scientific calculator. Tella was put to test by his friend, who found his response too astonishing to be real.

As astonished Kehinde has advised Tella to put the whole episode in a short video, which was posted to various media platforms.

Like magic, thus began Tella’s stardom, he started receiving calls from far and near. That was the genesis of his meeting with Mr. Jerry Olaniyi Jeariogbe, through a friend (Stephen Oluboyo).

“I met at the time I went for a night reading during first semester examination in 400 level”.

Mr. Olaniyi Jeariogbe facilitated the meeting between Tella and Vice Chancellor, LASU, Prof. Olanrewaju Fagbohun, who had earlier seen the video clip and was very impressed. That was the beginning of a greater thing for a young Tella.

He has since has series of media appearances. He had an exclusive interview with BBC Yoruba and English(which has garnered over half a million views), He was also on ‘Wetin Dey ‘ a 4 day programme anchored by famous On Air Personality (AOP), Wale Animashaun on Max102.3 FM, Lagos, Battabox online TV (over 90,000 views), LASU CLIQS, Breakfast Show with Moyosore Elesho and host of others, as well as Fresh FM, Inspiration FM and Lagelu FM, all in Ibadan.

According to Tella, he said “I was at an event in the school when I met a journalist in the school named Damilola Oduolowu who works with BBC, he scheduled a date to come back to school for my interview, and he did as promised. The video was posted online on the 14th of March this year. It was through the video I was discovered by SQI College of ICT in Oyo State and I was given a full paid scholarship to do software engineering. I have started the program and I know that I am not there yet because my goal is to become a renown software programmer”.

Speaking with journalist during the unveiling of Tella’s scholarship event, the CEO of SQI and SQI College of ICT, Dr Adeyemi Aderinto said “A senior staff member brought his case to a general meeting, that a specially talented brother who does mathematical calculations faster than your calculator is interested in programming and has gotten no assistance so far.

Seeing that it matches our vision, it was approved immediately. An all expense paid scholarship to study Software Engineering at SQI College of ICT. He needs not worry about anything till he finishes his course. Why should talent keep wasting away in our nation, while we keep celebrating talents from other nations?”, – Aderinto asserted.

Saying, “I see another great star being groomed at SQI, one year from now, you will be meeting another world best programmers in our institution”, he added.