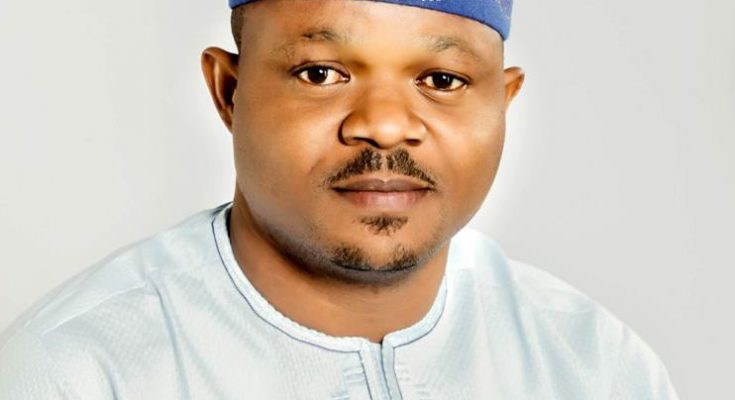 Although, he started as an Agronomist, having studied Agronomy at the Federal University of Agriculture, Abeokuta (FUNAAB), it must clarified that Armstrong ‘Tope Akintunde is one of big players in the ever improving Nigeria’s Real Estate Industry, starting with Suru Group Limited and now graduated as Managing Director and Chief Executive Officer of Aerofield Homes Limited.

Akintunde has involved in the construction of several multi-million naira housing projects with a possible of expansion of the property business to help government further bridge housing deficit in the country which prompted his candid advice on public private partnership arrangement that covers provision of land and land title documents, favourable regulations in the industry to promote usage of standard materials and professionals in the building and construction of houses and other infrastructure as part of efforts to curb incessant building collapse.

He commended the efforts of government at all levels to make Nigerians home owners and reduce increasing deficits in the home ownership statuses of many Nigerians as he offers valuable advice on panacea to economic downturn and prerequisites needed to either be gainfully employed in the industry or to become home owners. – Excerpt:

I was born on 5th November 1983, to the family of late Fowodara of Araromi, in Iperu Remo, Ogun State. I attended Wesley Primary School Iperu between 1988 – 1992 and proceeded to Christ Apostolic Grammar School Iperu-Remo in 1992-1998. I further my studies at the University of Agriculture Abeokuta (UNAAB) now known as Federal University of Agriculture Abeokuta (FUNAAB) where I earned my Bachelor’s Degree in Agronomy. During the period, I was a student union activist at UNAAB. I happend to be the General Secretary of the National Association of Iperu students (NAIS) between 2000 – 2001, General Secretary of the National Association of Ogun state students (NAOSS) between 2003 – 2004. I was thereafter elected as the President of National Association of Ogun State Student (NAOSS) 2004-2005. Afterall, I have been so privileged to attend several conferences and seminars both in Nigeria, Europe and USA. In the recent time, I was honoured with various awards, now; I am Fellow Member of the Institute of Professional Managers and Administrator of Nigeria (IPMA), an Associate Member of Nigeria Institute of Management (NIM) with certificate as a Certified Customer Relationship Manager (crm/cep). I have been able to had several Real Estate and Project Management Courses, Seminars, Trainings and Conferences. I joined Suru Group Limited in 2009 and I am currently the Executive Director on Special Projects in the organization. I am also the Managing Director and Chief Executive Officer of Aerofield Homes Limited.

* What informed being an Executive Director on Special Projects at Suru Group and Chief Executive Officer of Aerofield Homes, wouldn’t this cause a clash of interests?

Having trained and grew up with the ability to manage multiple responsibilities at once by focusing on task while keeping track of others, these multi tasking skills in me wouldn’t allow for any clash of interests.

* What is the expansion target and how does the firm intend to house many Nigerians in the next five years?

Nigeria has suffered the paradox of economic growth without development for many years. Many economists often lament what they have come to describe as our “job-less growth”. While all macro-economic indices point to an economy which is truly growing and there is noticeable improvement in our public infrastructure, especially power and roads, unemployment still remains a challenge. With our huge population comprising mainly youths, this is worrisome and a great threat to our posterity. Nigeria needs to achieve a quick-win solution that ensures that most of our employable citizens are gainfully engaged. We must harness the innovative spirit and entrepreneurial acumen of our people in our battle against unemployment. We must empower our entrepreneurs to be in the position to create jobs on a large scale. However, as our institution want it to grow across the federation, having been a business entrepreneur myself and having been a resource person in several training programs for entrepreneurs, as a matter of priority, we intend to establish a world-class academy for the training and development of young entrepreneurs in the nearest future. It shall be a Centre of excellence which others would want to emulate.

* For the fact that you are not a green horn in Real Estate Industry, how do you describe your experience so far in the industry?

I joined the real estate business and housing in 2009 with focus on small, medium and high income earners both in and outside Lagos. These my wealth of experience over the years have kept me delivering execellently well for my clients and company among others.

* Different governments have been talking about low-cost housing units for people and the prices of building materials are increasing on daily basis, how realistic is this assertion?

To achieve Low Cost Housing in the Nigerian Nation requires more than juicy rhetorical commentaries but a well laid out and consciencious, concerted efforts by the governments. The plans of governments desirous of low cost housing project must put into consideration the the activities and the contributions of professionals and artisans in building, as well as manufactures and stockists of building materials. The cluster of these class of people and committed and selfless government officials or Representatives will lead to attaining such goal. It must be taken into consideration that no matter how genuine the intention is or strong the drive may be, if the prices of building materials are not controlled or managed, the idea will never come to fruition. It will be comparable  with winking in the dark, because, if the prices of building materials are exurbitant, the possibility of building low cost housing will be frustrated, thwarted and a mission impossible.

* No doubt Nigeria has been battling with housing deficit to the tune of 20 milion housing units, how best can Nigeria – public and private sectors – bridge the deficit?

The method of bridging the deficit is realizable when governments’ commitment to the aspiration is well thought out and pursued vigorously. One, government should make reasonably price of lands available to private property investors. This will forestall the presence of the class of people called as land grabbers or area boys who are fond of making some financial inducement from builders before they can commence building at their sites. Two, governments should also encourage private Housing Investors by giving them some waivers in the areas of official payments such as C of O,  construction charges etcetera as this will not only reduce cost of building but also give them confidence of governments’ support. Additionally, knowing that we have land developers here and there, governments could partner with some tested and result oriented ones amongst them, because, as it is often said, governments alone cannot do it all.

Building collapse has become a recurrent decimal in the land because of the selfishness and unseriousness of both builders and governments on the grounds that many of them are not doing the necessary things. A builder wants to use the materials for one building to build two or three houses. The governments officers who are to supervise and inspect the propriety or standards of materials to be used and are not ready to go the site to inspect them or the construction works once the builders are ready to settle them. There had been reported cases of building approval done in the offices without the officials charged with such responsibility merely relying on the information supplied by the builders. Additionally, reports abound that many potential home owners employing quacks who only adopt trial and errors instead of professional builders who are seasoned with building experiences. As long as standards are compromised and supervising authority are lackadaisical, collapse building experience will continue.

* What is your thought on democracy in the last 21 years?

First, I think it is a bag of mixed feelings in the sense that while it is noteworthy that we are celebrating 21 years of unbroken civil rule, the longest in the history of our country, we have certainly not make use of the best of this period. It has been characterised by so much insecurity, high scale corruption, infrastructural deficit, unemployment, increase in poverty level among others. We are however begining to see some rays of hope under President Buhari with the way he has been tackling corruption coupled with his deliberate investment in infrastructure, especially in the area of road. Our rail system is gradually coming back while his efforts to contain insurgency in the Northeast region of the country should be commended too. There is however serious demand for Nigerian leaders to step up their games, to provide leadership that will ease the pains of Nigerians to ensure that those who sacrificed themselves for us to have this democracy won’t be cursing from their graves. The death of Chief MKO Abiola, winner of June 12 Presidential election in whose memory we are celebrating Democracy Day in Nigeria, his wife, Alhaja Kudirat Abiola, Pa Alfred Rewane and many others must not be allow to be in vain.

* As a Developer and Builder, how do you rate Nigerian disposable income ratio to homes ownership in this country? What is number of an average Nigerians who earn between N20,000 and N100,000 monthly to owning a befitting home, considering the rising cost of housing?

As a Developer or Builder, one must confess and state it bluntly that no Nigerians earning between #20,000 to #100,000 who can really afford a home with the ever increasing cost of living: education, transportation, health and feeding. Besides, the cost of building materials is daily increasing. The only way the classes of people could own homes is by cooperative arrangements, other self help projects or by governments supports in the form of mortgage or some form of allocations in which the costs are deducted from their salaries. We have been able to surmount the problem because of our realistic and focused approach to the home sector. We priotised the sector, and so deployed all efforts required. As earlier enumerated, housing  programme, particularly low cost ones are realizable with dedication, determination and genuine drive by the governments and governments’ officials. If all the issues highlighted above are coplied with, then the problem is surmountable. It is also apposite for governments to create satellite towns or settlements in which case reasonably priced lands are procured, built, with provisions of schools, markets, good road network and other facilities that would make such places conducive for the residents.

* What are the challenges in the industry and how do you surmount as a major player in the country?

Nigeria’s Micro, Small and Medium Enterprises are faced with many challenges which have stunted their growth and development. Some of these challenges are poor infrastructural facilities, inadequate funding and lack of access to capital, weak managerial and entrepreneurial skills, limited demand for their products and services, and competition from foreign products. Among these challenges, the most restricting is the inadequacy of funds and lack of access to capital. Indeed, most of the other problems could easily be resolved with sufficient finance. Our financial institutions typically wait for entrepreneurs to become successful before they take any serious interest in their businesses. However creative and innovative they are, these entrepreneurs often cannot meet the strict credit risk acceptance criteria of banks.