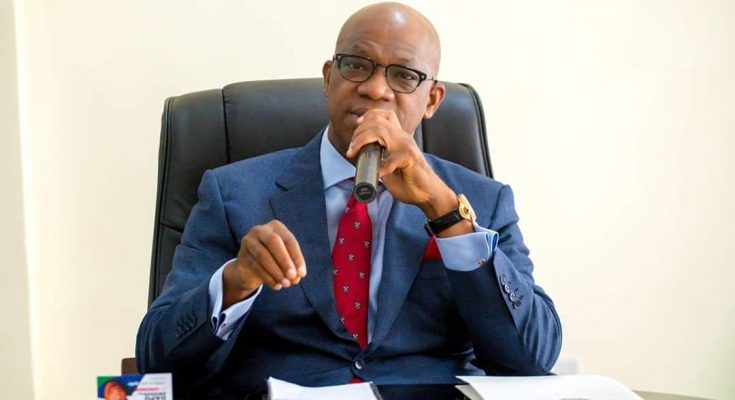 A diploma-awarding vocational and technical training institution is to be established in Iperu, Ikenne Local Government Area by the State Ogun Government.

The State Governor, Prince Dapo Abiodun, who disclosed this at the 34th Akesan Day celebration held at the Kesington Adebutu Civic Centre, Iperu, also said a High and a Magistrate Court, would also be constructed in the town.

He said the town’s main market and some intra roads would be built to modern standard to ensure that the people enjoy the dividends of democracy.

Prince Abiodun, while pledging that his administration would provide the basic needs of the people, noted that palliative works were being carried out on some roads across the State, including the Siun-Iperu Road which has been rehabilitated to ease the burden of motorists in the area.

The Governor, who reeled out the administration’s modest achievements in the last six months, said primary schools and primary health centres are currently being rehabilitated, while prompt attention was also being paid to security, human capital development, agriculture among others.

Prince Abiodun said this year’s Akesan Day was to appreciate God, celebrate a rich culture and tradition as well as re- unite all sons and daughters for the progress and development of the town, while he urged the people to engage in self-help projects to bring more development to the town.

The Alaperu of Iperu, Oba Adeleke Basibo, in his remark, acknowledged the people-oriented programmes of the Government, calling on all sons and daughters as well as well-meaning individuals to join hands with him to bring the town to enviable heights.

Also speaking, the Chairman, Iperu Community Development Association (CDA), Chief Jide Oyeti appealed for the establishment of a diploma-awarding institution to provide training for youths in vocational and technical skills to enable them to be readily self-employed.

He said the CDA had mapped out projects for execution, including the completion of the Community Primary Health Centre started six years ago and other self-help projects that would add value to the indigenes and residents of the town.