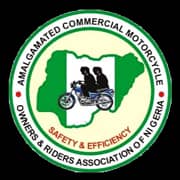 * Says, the Union has National Chairman in Kano State

The Ogun State Chairmanship aspirant of the Amalgamated Commercial Tricycle And Motorcycle Owners, Repairers and Riders Association of Nigeria (ACTOMORAN), Alhaji Lateef Yekinni has called for authenticity in the union and accused the outgoing Governor of the state, Senator Ibikunle Amosun of imposing Apelogun on the members in the State.

Alhaji Yekinni made the statement available to our correspondent at Iwe-Irohin Press Centre Oke-llewo, Abeokuta on Thursday.

He noted that the machinations of the Apelogun led team was to tarnish their image, saying that it would not come to fruition because their union is registered as Amalgamated Commercial Motorcycle Owners and Riders Association of Nigeria (ACOMORAN) not (ACTOMORAN)

“To our utmost dismay, Alh Samisudeen Apelogun, in collaboration with the outgoing Government of Ogun State Ibikunle Amosun and some powerful juggernauts chose to change the group name to ACTOMORAN which we are not comfortable with”.

The union stalwart stated that the alleged team recently pronounced Alhaji Apelogun as the National President of our forum whereas they have an existing National President in person of Alhaji Mohammed Sanni Hassan who is based in Kano State.

“I make bold to state that ACTOMORAN is an illegality, an act of forgery. ACOMORAN is quite different from the name which is an assemblage of ACOMORAN and Tricycle Unions”.

Reacting to rumours circulating on social media, the state chapter aspirant warned Alhaji Apelogun to stop parading himself as the National Chairman of the union.

He enjoined the general public not be deceived by this unethical, unlawful, illegitimate and illegal arrangement being masterminded by the insatiable greed of some unscrupulous elements in our society”.

Speaking further, “the Apelogun Shamisudeen team should cease operating ACTOMORAN under the Certificate of Incorporation of ACOMORAN.

Lateef also called for massive support for the incoming administration of Prince Dapo Abiodun, by assisting the new government to achieve desired goals and jointly take Ogun State to the Next Level.