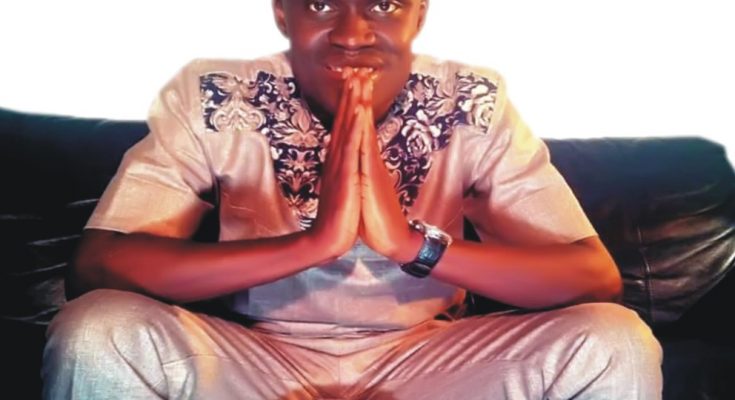 Born in Akure, the capital city of Ondo State, Evangelist Lekan Remilekun Amos(JP) is on his path to becoming a gospel musical legend. The second of the siblings in the Remilekun Family, studied Physics Electronics in FUTA. But how did he turn out to be a gospel musician?

The gospel musician, from inception conceived music as just a hobby, not even a dream, but as time went on, he grew up to know that it’s been prophesied that he will be a minister of the word through gospel music which confirms it as divine. His initial dream had been lecturing aside footballing and Fine Arts which are also his great talent. His style of music is strictly gospel.

The strictness is tied to the bitter truth, not of what people want to hear or the present world wants to hear, but the distinct and clear messages which are coated with godly sorrow unto repentance. His music is not totally solemn in scope, where praises are needed, it takes on the time. Going through the content of his messages, it is divinely inspired with deep compositions. He digs deep into the word of God to extract deep spiritual virtues which he places into people’s hands. The attraction his music particularly has is the good musical arrangement. It’s a Zion gospel philosophical kind of music.

The simple motive behind it is to win souls for the Kingdom of God. Guided by his philosophy of life, Evangelist Lekan Remilekun believes that without God one is just nothing. This, he backs up with the scripture that says “In separating yourself from me, ye can do nothing”. He believes in the timing of God for everything to happen in life. He’s an advocate of wait for God’s time.

He believes that failure is a stepping stone to success and one should keep trying. Using the philosophical logic of Abraham Lincoln, Evangelist Remilekun is of the belief that consistent trial makes success permanent. The gospel musician believes God has given him the grace of acceptance, irrespective of his Ilaje intonations. His music is rendered in clear Yoruba lyrics. The greatest of it is that the “Ilaje dialectal intonation” is the unique factor that distinguishes him from other artistes, so the locality of a thing has no stand, it’s just a case of originality. His music is widely accepted in Lagos and everywhere.

Take it or leave it, he doesn’t see ministry as a business in the first instance he would rather see it as a task he must fulfill because it’s God’s Will. For as long as he is still on the same page with his creator and tutor, all his promises are bound to be fulfilled. Ask him if he has faced any challenges in life and you will likely get the response that he faced it and overcame his many challenges even to the point of death, but the gospel musician makes it known that God lives in him.

Confident of God’s promises, he has no worries as his slogan is “Mosimajubayilo” (meaning I will still be more than this). As indigenous music continues to face the problem created by the situation of the environment. Evangelist Remilekun is of the assurance that his faith will always give him the needed victory, and saddened by the fact that the environmental pressures have made many so called gospel artistes to lose the sound flavour of the divine, many gospel artistes are being forced to do what the environment dictates or wants rather than what God wants to pass across to his people, thereby going astray from the way of the Lord.

Another problem is that people are not investing much in the gospel music, not knowing that it’s a tool that has the connection to all spheres of life. Evangelist Lekan Remilekun Amos advices the upcoming artists to always be on the side of the Lord absolutely and engage Jesus in their dealings in order to enjoy the maximum grace ordained by Him because in Him there are riches.

He however, enjoins his fans to keep praying for him, while he does the same in return. “Together asimajubayilo” (we will be more than this), he concluded .