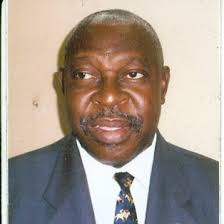 Special Adviser to the Governor on Primary Health, Dr. Olufemi Onanuga disclosed this at thee weekend, saying that the government was determined to rid the state off fake drugs, and stem the proliferation of illegal pharmaceutical outlets shops operating in the State in order to avert the danger posed by the activities of the illegal operators.

Onanuga said the operation was carried out by the State Task force on Counterfeit, Fake Drugs and Unwholesome Processed Foods in conjunction with the representatives of National Agency for Food Drug Administration and Control (NAFDAC), Pharmacists’ Council of Nigeria (PCN), Pharmaceutical Society of Nigeria Federal Taskforce and Officers of the State Rapid Respond Squad (RRS).

He stated that 37 outlets out of 49 visited in Ikorodu Central, Agric, Agbede, Ita-Oluwo, Eyita, Odongunyan, Igbogbo, Itamaga and Ijede were sealed off for various offences ranging from engaging quacks, licensed patent medicine shops operating beyond their scope through sale of ethical products and dispensing drugs to unsuspecting citizens of the state.

Other offenders include illegal operator of unregistered premises who displayed and stored drugs in an unconducive environment.

According to Onanuga, the sealing of the pharmacies and patent medicine stores was in accordance with the provision of the Counterfeit, Fake Drugs and Unwholesome Processed Foods (Miscellaneous Provision) Act of 1999, Number 25.

He warned that the activities of the State Task Force on fake drugs would be sustained until operators in the sector adhered strictly to the provisions of the law on the operation of pharmacies and patent medicine stores, in order to safeguard the health of the citizens of the State.

The special adviser hinted that an investigative meeting would be held on Thursday at the Pharmaceutical Inspectorate Unit of the Ministry where members of the Task Force would meet with the owners of the sealed premises to make further inquiries on the status of the sealed premises and to notify them of the procedures and appropriate conditions to be met for reopening in line with regulations, and payment of administrative fee to the state government.