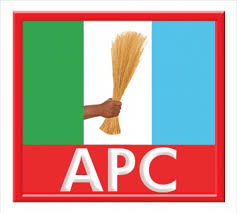 A chieftain of the All Progressives Congress (APC), Alhaji Ahmadu Dan Zagon has urged the leadership of the party to quickly resolve the crisis within the party to avoid defeat in 2019.

Dan Zago, who is also a serving Special Adviser on Food Security to Kano State governor, Abdullahi Ganduje further cleared the air on the allegation by a group accusing them of being sponsored by some interests within the party ahead of 2019 general election, stating that ‘’they want to get something that is why they are saying all these.”

Dan Zago, who was the former Northwest chairman of the defunct Congress for Progressives Change (CPC) said this in Abuja during an interview with newsmen while urging the party not to forget it’s past in a hurry.

Dan zago said, ‘’It is important that they must put more effort and make sure that all these crisis in the APC are tackled quickly.

‘’You must go house to house and settle all the aggrieved members of the APC. But if they keep quiet until they come to them and even when they do, they will just put a committee in place and then forget about it, they should forget about 2019 because Nigeria is dynamic.

‘’We should remember that we took the government from an incumbent and because we are now the incumbent, we should not be in a hurry to forget about the past. The other party refused to settle their differences and that led to their loss and disagreements’’.

‘’We are not angling for anything. Some of the people back then in CPC are now in the government but we, the founders, are not at the National level but most of us in our forum at the states are chairmen of boards, commissioners, advisers and so on.