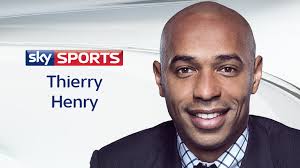 Speaking via Sky Sports, the former Arsenal forward said: “People are calling for a striker, but I wonder if it would be a good situation if Sanchez could play behind Giroud.

“We saw at Euro 2016 what Giroud can do when someone is close to him. I don’t mean a number 10, I mean a number nine; someone who can run in behind.

“Giroud is very good in the air, but if he plays with Mesut Ozil he stays underneath him. You saw with France what Giroud can do when he has a guy like Antoine Griezmann who can run behind and beyond him.

“Giroud can flick, he can hold and he is clever, but I would like to see a strike-force so he can share the tally of goals in a season with another guy.

Previous PostD’Tigers Crash Out Of Rio 2016 After Losing To Brazil Next PostMember Of President Buhari’s Cabinet, Onuorah Abuah Has Passed On