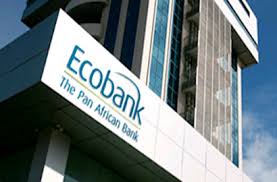 The gale of job losses being witnessed in the country due to the current economic hardship has caught up with Ecobank Nigeria, which has sacked over 1,040 of its employees.

It was gathered that Diamond Bank Plc sacked over 200 members of its workforce, while FBN Holdings, the parent company of First Bank of Nigeria Limited, recently said it would prune the number of its employees by 1,000.

Investigations by our correspondents revealed that the affected staff members of Ecobank included full time and contract workers.

Top officials of the pan-African lender confirmed to our correspondents that the initial list of those to be sacked had over 1,400, workers but was later reduced to “a little above 1,000.”

Ecobank spokespersons declined to comment on the number of workers who were disengaged.

However, the lender said in a statement that it had converted over 200 outsourced personnel to permanent employees as part of its drive to attract and reward talent, while also repositioning for improved efficiency.

In line with the recognition of excellence, the bank also said it had recently implemented a merit-based pay increase for the top performers across all cadres.

The Managing Director, Ecobank, Mr. Charles Kie, was quoted as saying that converting qualified outsourced staff to permanent workers was in line with the bank’s commitment to developing and growing talent by nurturing its people along their career paths and giving them access to higher responsibilities.

He said the bank was resolute that recognising and rewarding excellence would drive its goal of achieving exceptional performance in the industry.

Kie said, “The bank, in its renewed drive for optimal performance, has in addition realigned certain roles bank wide to ensure improved efficiency. This necessitates the exits of some staff who were adequately compensated.

“This is in furtherance of a market repositioning exercise designed to strengthen the bank’s business across all markets where it operates.”

He emphasised that the ETI was on a trajectory to achieve leadership and that the Nigerian subsidiary remained one of Ecobank Transnational Incorporated’s major affiliates as well as one of the country’s systemically important financial institutions.

Kie explained, “Our focus is to improve the quality of service to our customers as well as our operational efficiency.

“We understand that people are our key assets; so, we have emphasised the need to reward our best performers, continue to re-invigorate our people, while also opening up new opportunities for talented and committed people to join us as permanent employees. At the same time, based on our repositioning plan, we had to disengage some staff, while ensuring that, in line with industry standards, they are treated fairly.”

Ecobank Nigeria is a member of the Ecobank Group, which is present in 36 African countries. The Group employs nearly 19,000 people from 40 different countries in over 1,200 branches and offices.

ETI had posted over N40bn decline in its profit for the 2015 financial year owing to high impairment charges.

Culled from the Punch.

Previous PostNiger Delta Avengers are criminals, we won’t negotiate with them – Presidency Next PostFayose Is Not Fit To Be Anybody’s VP – Sheriff