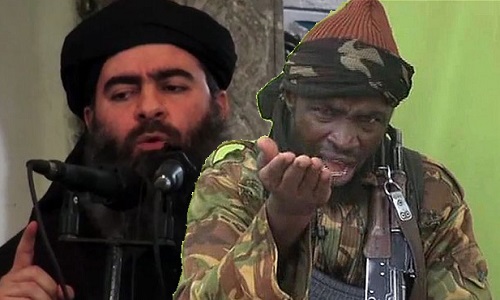 The Presidency on Friday said not fewer than 2000 people were killed by the Islamic sect. Book Haram between 2015 and 2016 in Nigeria.

It added that about 1.1million people were also displaced from their towns and villages by the sector.

The Inspector General of Police, Mr. Solomon Arase while confirming the attacked recently made this known on what happened in the suburb of Kano.

Abba said on 30 of march, 2016, that a total number of 30 persons were killed while 18 injured and close to 15 people escaped the sect gun shots.

He said the death included old, young, business men and women on their way to the Kano metropolis to transact business, it happens when some of the Boko Haram members pretended as a beggars, asking for Aims and stopped their vehicles and started shooting guns sporadically and killed Thirty persons namely Mallam Audu Garuba, Charles Ogundepo, Suleiman Abdulkabir, Marthe Jalufo, Dauda Hassan and Jogobiri Hassan to mention a few.

The security patrolling the suburb said the attacked happened between 4:30pm and 5:30pm and according to him those whose wounded were rushed to the hospital and the dead ones were carried to the mortuary.

The Inspector General of Police reiterated that the Kano commands commitment to protecting of life’s and property ,urging the people to be vigilant and provide useful information to security agencies.

He concluded that the command had adopted other practical steps to enhance security and check further occurrences.